Monday, Nov. 8, is the deadline to register to vote in the special election to replace the late Jacksonville City Councilman Tommy Hazouri.

Register to vote or check the status of your mail-in ballot on Duval County supervisor of elections website.

You can also register at driver's license offices, public libraries or the county’s elections office at 105 E. Monroe St. in Jacksonville. You’ll need a Florida ID and the last four digits of your Social Security number to register.

The first batch of mail ballots were sent out 10 days ago, so if you're expecting a ballot, you should have received it by now. If you’re planning to vote by mail and haven’t gotten a ballot, make sure your request is up to date by filling out the My Voter Status form on this page. After Gov. Ron DeSantis signed Senate Bill 90 this summer, voters must now request mail ballots every election cycle rather than every other.

The new law also requires an extra identification to request a mail ballot, either a Florida driver’s license or ID number or the last four digits of the voter’s SSN. This is Duval County’s first election since the stricter voting laws took effect.

The last day to request a mail ballot is in three weeks, according to Duval supervisor of elections Mike Hogan.

“The last day that we will send out mail on request is November 29th,” Hogan said. “Anytime later than that, the possibility of it getting back to us on time may be a hazard.”

Two Democrats and two Republicans are running for the at-large City Council seat that represents all of Duval County. Unless one candidate gets more than 50% of the vote on Dec. 7, there will be a runoff election between the top two candidates next February.

All Duval county voters are eligible to participate in this election regardless of district or party.

“Because we have unitary elections, it doesn't matter if people change their party because they're going to be able to vote for anyone they want to on the ballot,” Hogan said.

Hazouri, a Democrat and former mayor of Jacksonville, passed away in September from complications after a lung transplant. 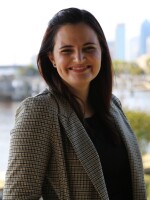