The Florida Constitutional Revision Commission met at the University of North Florida in Jacksonville Tuesday to hear from residents about 37 proposed amendments.

The CRC is appointed and meets every two decades to examine changes to Florida’s constitution. By the time the meeting started, 80 Northeast Florida residents had signed up to speak to the commission.

One of the most contentious proposals would divert funds from state tobacco-cessation programs to cancer research and another would ban greyhound racing in the Sunshine State.

“We need cancer research, but we do not need to take away funds from Tobacco Free Florida,” said Crystal Bowen with the American Lung Association.

Bowen’s group, the American Cancer Society and the American Heart Association oppose taking funds from Tobacco Free Florida. The state organization aimed at helping smokers quit and preventing teens from starting is funded by billions in payouts from tobacco lawsuits.

Bowen said rolling back spending now could prove disastrous, as the teen smoking rate has plummeted in the last decade, and fewer adults are lighting up too.

“It takes the average person about 11 times to quit smoking. So, these resources are vital and Jeanette Nunez is taking away these funds,” she said.

Bowen said there are other ways to provide more money to cancer research.

Nunez said she’s amenable to changes throughout the process.

Another one of the 37 proposals the commission is considering would bring an end to greyhound dog racing in Florida.

The state is home to more than half of the race tracks belonging to the National Greyhound Association, including Best Bet in Orange Park.

Carey Theil, Executive Director of Grey2k U.S.A., is optimistic about the proposal to prohibit betting on dog races. The proposed amendment would also remove a state requirement for facilities to offer dog racing in order to receive certain gambling licenses.

“We believe if this is put before voters that citizens from one end of the state to the other will look at this and say ‘I wouldn’t treat my dog this way’ and will vote yes for the dogs,” Theil said.

The national nonprofit is the largest Greyhound protection organization in the world, and works to promote legislation and awareness of the industry. Theil said banning racing in Florida is a priority for his organization. Forty states have already undertaken bans.

But not everyone at Tuesday’s Jacksonville hearing was supportive of the possible amendment.

Colorado-based Greyhound breeder John Lashment said he provides Florida tracks with the bulk of their dogs.

He was there to show support for rejection of the bill.

“We’re addressing the proposal of 67 because it would end our industry in the state of Florida,” he said.

Lashmet said the bill would ruin him, and put everyone he employs out of business. He said he doesn’t know what he would do for a living if racing is banned in Florida.

“It’s kinda like being a druggie, you get hooked on it and it's hard to kick ya know,” he said.

All amendments that pass out of the Revision Commission will need 60 percent of voters’ approval this November. 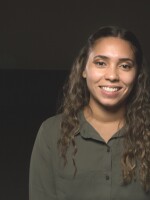