Hurricane Irma did a number on Earlene Kelly's home last year. Part of the roof on her Tampa home was ripped off, screens were torn to shreds and sections of the fence had fallen.

The storm hit just weeks after Kelly was told her car needed a new transmission. She had already been stressing over how to pay her mortgage, as her seasonal job as a reading instructor at Hillsborough Community College was coming to an end.

It was a perfect storm of circumstances, and it put Kelly out of the place she had called home for more than 20 years.

“After I saw all the damage that was done, I knew I wasn’t able to afford all the repair that was needed,” Kelly said. “I just decided to let it go.”

Kelly was forced to start over, a difficult task for a 58-year-old with a  a master’s degree in Curriculum and Instruction and a daughter in high school. 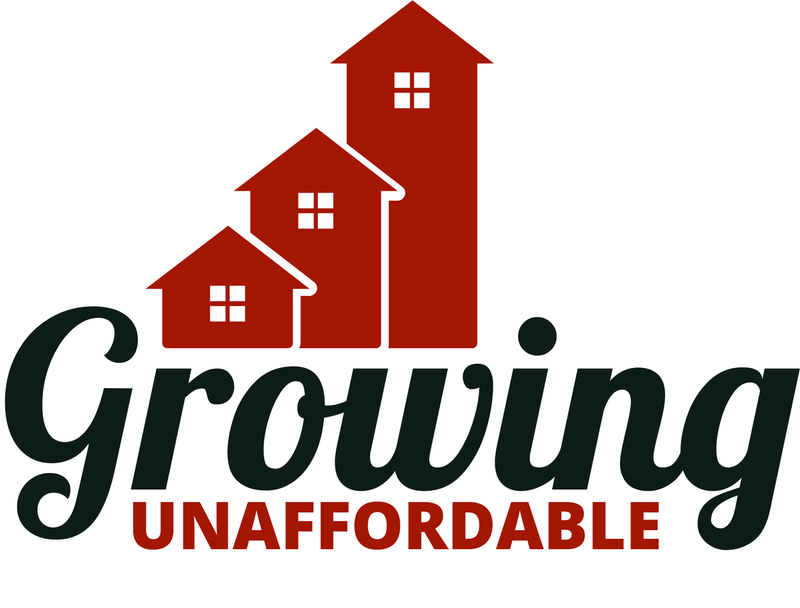 The initial plan was to move back in with her parents as Kelly looked for work. But she struggled to find a full-time job, so after six months, Kelly and her daughter moved into a temporary apartment provided by Metropolitan Ministries, a Tampa-based charity.

There, framed photos of Martin Luther King Jr. and Barack Obama lay on the floor, propped up against the wall of her living room.

“I figured I wouldn’t put the pictures up, because then I’d just have to take them all down and holes would be in the wall,” she says of her temporary home. “I just don’t want to go through that.”

Kelly said she likes the place, but knows she needs to be out by the end of the year. She’s still searching for work and an apartment in her price range.

With the average monthly cost of a two-bedroom apartment in Tampa at $1,300 and rising, the poorest residents have been the first to be priced out of the market.

Kelly said she knows she can’t afford rent that high, so she applied to public housing run by the Tampa Housing Authority, agency founded in 1986 to oversee public housing developments in Tampa and administer the federal Section 8 voucher program.

Every week, Kelly gets on her cell phone and looks for her name on waiting lists for three different apartment complexes.

Sometimes Kelly jumps up dozens of spots. Other weeks she doesn't move at all.

“Everything always comes back to the waitlist,” she said. “I’m just waiting and praying that things will happen for me this year.”

Kelly is currently 4,222 in line for the Oaks at Riverview - a public housing complex where she applied in July 2017. She’s number 160 at a community called The Reed at Encore. 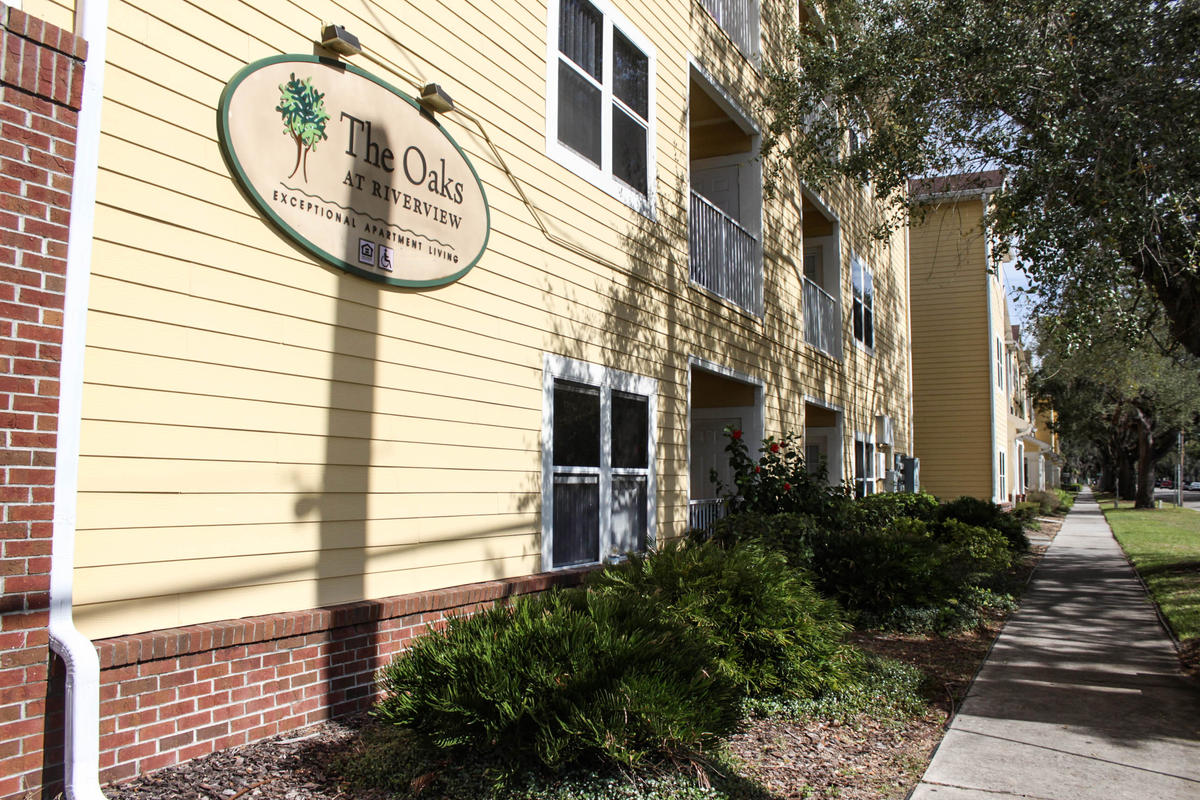 The 58-year-old even applied to a new senior housing complex near downtown called The Ella at Encore. She jokes that she'll meet the minimum age requirement of 62 by the time her number is called.

But that might be more than gallows humor, said Leroy Moore, senior vice president and chief operating officer of the Tampa Housing Authority. The average time someone will wait for access to public housing is exactly how long it will take Kelly to be eligible: four years.

The demand for public housing is profound. Today, the Tampa Housing Authority has about 22,000 applications for just 3,000 apartments. The agency absorbed Hillsborough County’s public housing waitlists in 2011, which means residents living anywhere from Westchase to Wimauma are now competing for the same apartments.

Moore said the agency is planning to build another 1,000 units over the next five years, but there already are enough people waiting to fill every single one of those apartments.

Moore is blunt about how much the housing authority can do for people priced out of the market.

“I tell people all the time ‘We are not emergency housing,’ ” he said. “You could have four or five other housing authorities as active as we are, and you will still have an unmet need.”

Groups that do provide emergency housing also are struggling to help the growing demand for affordable housing from low-income residents.

Metropolitan Ministries serves people needing a place to stay for a single night, those who have fallen behind on rent and others who are worried about being evicted. Housing counselors there place about 30 families a month in some form of affordable housing, mostly on the private market.

“In those communities, and really everywhere across Tampa Bay, we are seeing apartments that used to be affordable no longer in the affordable range,” she said. “Even increases of $50 or $100 per month takes it out of the budget for people on a fixed income or who are low income.”

Long said affordable rents can still be found in the neighborhood surrounding the University of South Florida campus, derisively called “Suitcase City.” But even there, investors are buying up apartments, renovating them and raising rents by hundreds of dollars a month.

Long said Metropolitan Ministries tries to steer clear of placing families they serve in public housing, even when finding low-income housing on the private market is becoming more difficult. The reason: they know about the long waitlists, and that's often not an option.

“Obviously people can’t wait years for a place to live, so we have to find places in the stop gap,” Long said.

In fact, she said, most people who reach out to Metropolitan Ministries with a housing emergency are already on public housing waitlists.

“The Waitlist For Rental Assistance Is Currently Closed”

In addition to public housing operated by local governments and agencies, the Tampa Housing Authority also administers the U.S. Department of Housing and Urban Development’s Section 8 program, the most-used and well-known housing program for low-income and extremely-low income people across the country.

But there's also a serious wait for Hillsborough County residents applying for these vouchers. There currently are nearly 1,800 local residents on the housing authority’s Section 8 wait list.

“That a big number, but it’s a false indication of the need,” said Moore, the COO of the housing authority. “That wait list has been closed for 10-plus years.”

The Section 8 wait list for Hillsborough County last opened in 2006 - for just one week. In those seven days, Moore said, the housing authority received more than 10,000 applications. Today, the agency says it probably won't take voucher applications again for years to come.

A look at the housing authority’s website shows how long the odds are for those who have managed to get on a waitlist for Section 8 or public housing. In bold, underlined letters, it reads, “The waitlist for rental assistance is currently closed and may not reopen for another 5-7 years or longer.”

Despite the challenges the Tampa Housing Authority faces, it’s actually in better shape than most other agencies in Florida.

It provides more Section 8 vouchers and owns more public housing units than the agencies in Jacksonville and Orlando/Orange County, despite having a similar number of residents. The housing authority also has more diverse funding sources: they rent out office and retail space and get paid to administer federal housing programs in the U.S. Virgin Islands. That has allowed the Tampa Housing Authority to better weather the drastic cuts in funding.

Over the past decade, federal money for affordable housing programs has been cut in half. Some new resources have come to local housing agencies for redeveloping and renovating public housing, but there hasn’t been funding to build new public housing since the 1980s.

That lack of money has created a system where in the United States today, only one in four people who apply for federal housing assistance programs actually receive any help.

“Federal housing programs today serve about five million low-income people, but the needs of millions more goes unmet,” Yentel said. “This is why we have increasing housing insecurity across the country and, in some communities, increasing homelessness.”

In addition, funding from the state for building or acquiring affordable housing has been hard to come by. Politicians in the Florida Legislature regularly take money out of the state’s affordable housing trust fund to fill holes elsewhere in the budget.

Jamie Ross, who heads the Florida Housing Coalition, said the money diverted out of Florida’s affordable housing trust fund is money that local agencies could use to subsidize the building of affordable housing or deal with the shortfall in federal funding.

“All of our metropolitan areas are in a severe housing crisis, from ending homelessness to having first-time homeownership opportunities,” she said. “It’s not a new problem, but it’s getting worse because we have been losing our housing trust fund money. That’s the No. 1 problem directly affecting the lack of production and preservation of affordable housing.”

When asked what could help the Tampa Housing Authority meet the growing demand for low-income housing, Leroy Moore echoed the need for bigger and more stable funding.

Moore said if the U.S. Department of Housing and Urban Development put out budgets two to five years in advance, local housing authorities could better plan redevelopment or new construction. He said he would also like to see the restoration of old sources of support, particularly money to maintain public housing.

“Those properties that aren’t ripe for redevelopment still need to be funded at a level to where you can actually keep the property well-maintained, and lessen the impact on surrounding neighborhoods by not having decaying property,” he said.

Though he doesn’t think it’s likely to happen, Moore said he hopes there will eventually be government support again to build new public housing.

And while affordable housing advocates continue to lobby state and federal governments to do more, renters like Earlene Kelly can only wait.

For now, she sits in her temporary apartment, checking the waitlist on her cell phone and praying that she'll reach the top soon.

“I’ll have to just hopefully wait and see what happens,” she said.