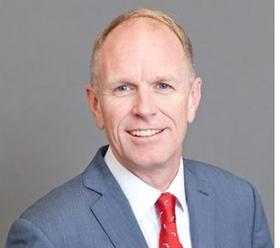 Weeks after Category 4 Hurricane Michael made landfall in the Panhandle, some displaced residents say FEMA has been slow to respond.

So, we asked former Florida Emergency Management Director Bryan Koon to explain the process of local, state, and government response.

Koon was a Governor Rick Scott appointee who may be best known for the controversy surrounding the Scott administration’s unofficial edict banning the term “climate change” from official communications.

KOON: The warmer…the more energy in the ocean particularly in the Gulf of Mexico this time of year, that's where hurricanes draw their energy from and that's what's going to cause them to increase significantly in intensity.

WFSU: I have to ask, would you call this ‘climate change’?

KOON: Oh, I absolutely would say this is tied to climate change.

WFSU: We're talking about Hurricane Michael; lots of damage in the Panhandle. We're still hearing that FEMA is just kind of not there in smaller communities. We’ve got small towns that were severely impacted, but they feel like they are being largely ignored. What are you seeing?

KOON: You know, that's a challenge in most disasters, trying to get out there and talk to all of the residents that were impacted. It's even more so in a disaster that impacts a large area like Michael. It's easier in a denser populated area to make that presence. In this one, you really almost have to establish a one-to-one contact by getting those people out down the dirt roads, down the back roads to get to folks.

WFSU: FEMA has repeatedly said that FEMA is the last option. They keep saying it's up to the state and local governments to respond first. Is that true?

KOON: That is true. I mean, that's how the system is designed. When the state gets overwhelmed, as they do in a storm like Irma or Michael, that's when the federal government comes in and back them up. 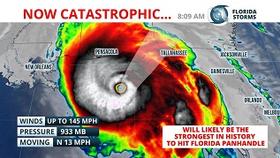 WFSU: Where does local government fall into all of that?

KOON: Local government really should be driving the train on these kinds of things. They should be the ones who best understand in advance of the storm what they need to do to prepare for it – and in those situations where they're not able to handle it, communicating to the state what their needs are.

WFSU: So at what point is FEMA called in and who makes that decision?

KOON: The governor of a state, in this case Governor Scott, had to request from the president that he declare a disaster, and once the president says yes, then FEMA gets to come in and start working with the State of Florida to help provide the resources necessary in that situation. Now, FEMA will lean forward in advance of that if they see a hurricane like Michael forming, but the official programs do not start until the president declares it a disaster.

WFSU:  Who determines what services FEMA will provide?

Listen to the interview to hear more of Bryan Koon's input about FEMA response, including trailers and housing assistance for displaced residents.