Carlos Beruff can pinpoint the day when the bottom fell out from under his real estate business.

“It was the Friday before Labor Day of 1991,” he said with a laugh. “The bank called me up and said ‘We’re not giving you any more money.’”

The southwest Florida homebuilder, then in his early 30s, was about $20 million in debt.

An economic downturn in the early 1990s forced his company out of business. Beruff said it took him about four years to recover.

“I worked my way out of the debt with some dents and some bruises but got through it without having to file bankruptcy corporately or personally,” he said.

Now, at 58, Beruff’s company builds as many as 200 homes a year. The price tag for some is in the millions.

Beruff made his fortune on Florida’s west coast but began his life on the other side of the state. He was born in Miami to Cuban parents and said he had a humble childhood.

“We grew up going to government surplus food lines in Liberty City on Saturdays,” he said, “but we were happy kids. We didn’t know we were poor.”

In 1980, a 22-year-old Beruff answered a newspaper ad for a Sarasota-based job in the housing business. It would be the start of a more than 30-year career.

Beruff is using his business record as a selling point to voters in his bid to become Florida’s next U.S. Senator.

He is facing off against incumbent Marco Rubio in the August 30 Republican primary. When Rubio reversed course in June and announced he would run for re-election, many GOP contenders got out of his way.

His largely self-funded campaign positions him as a tough-talking, unpolished outsider.

He preaches an efficient, streamlined government, the repeal and replacement of Obamacare, and a ban on immigration from countries with terrorist ties. 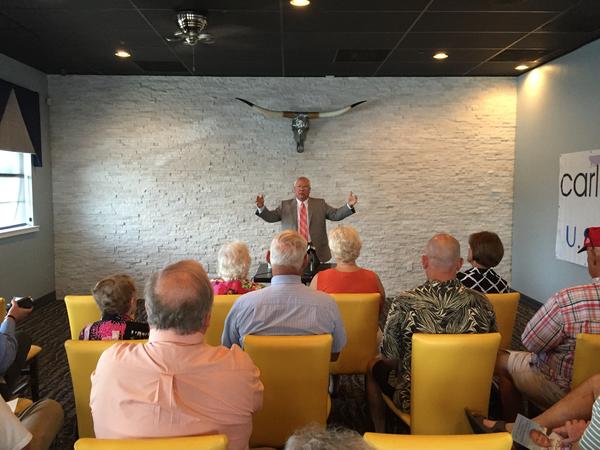 But, No Stranger to Politics

In 2012, Beruff was part of a campaign to unseat Joe McClash, a 22-year veteran of the Manatee County Commission.

Beruff used multiple companies to donate to McClash’s opponent. He also gave money to a political action committee that tied the Republican McClash to President Obama.

“[Beruff is] the farthest thing from a political outsider,” McClash said. “He has been on the inside of government now for probably at least 10 years.”

Beruff is a longtime political donor and has been appointed to three state boards, including the Southwest Florida Water Management District and the State College of Florida’s board.

Some of his actions were controversial, like when he led the charge to eliminate tenure at the college. 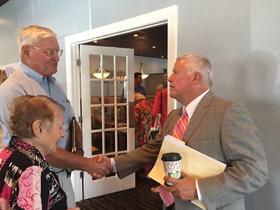 “When he wants to do something, he’s like a dictator,” McClash said. “He’s what I call a political bully.”

Beruff dismissed that criticism, pointing to his work on the water management district board.

“There’s 13 board members,” he said, “so, for me to get anything done, I had to get 12 other people to go along with me. You can’t bully people into doing anything.”

The Fight AheadEarlier this year, Beruff was a strong contender in a crowded Republican Senate primary race. Then came Rubio, who skyrocketed to the top of the polls.

Beruff said he likes being the underdog, but he doesn’t like to think about whether his self-funded campaign would have been worth the money if things don’t go his way in August.

“Anytime you lose, of course not. Anybody who says they plow away $10-$12 million and like it, you should send them into a physiatrist because he’s crazy,” he said.

Republican U.S. Senator and former presidential candidate Marco Rubio had been looking forward to his speech at the Republican National Convention for a long time. He just didn’t expect to be encouraging Republicans to vote for Donald J. Trump.

One week after the shooting

Ron DeSantis Drops Out Of Senate Race; Rubio Opts In

Congressman Ron DeSantis is trading in one race for another.

DeSantis is abandoning his bid for the Senate and instead is seeking re-election for Congressional District 6.