Carnival CEO: Cruise Ship "On Schedule" To Dock In Cuba By May

What would a U.S. tourist invasion of Cuba be without yanqui cruise ships – especially cruise ships owned by the Miami-based Carnival Corporation?

Last summer the Obama Administration gave U.S. cruise lines the green light to drop anchor for the communist island. Pending Cuba’s approval, Carnival plans to have its Fathom brand’s 710-passenger ship Adonia heading to Havana’s port by May. It will mark the first time in more than half a century that a U.S.-owned cruise vessel has docked there.

Donald himself has yet to visit Cuba, but he points out that Carnival has an ace in the hold when it comes to dealing with – and perhaps making the capital investment to help upgrade – Havana’s iffy port infrastructure.

“Costa, our Italian brand, actually managed the Havana terminal for a number of years,” says Donald. “There are still people around who were very involved in those operations and understand [them] well.” 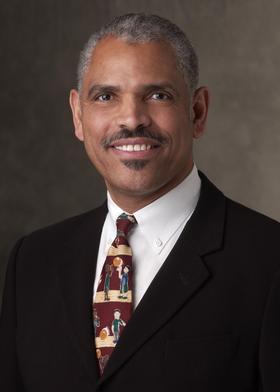 Donald says some capital improvements there might be unavoidable. “If we’re going to bring 700 guests there, ground transportation has to be tended to, receiving areas, those types of things. And not just in Havana, because we’re going to go to just one city. We’ll have at least three ports of call” in Cuba.

Major U.S. airlines are also negotiating hard to get scheduled (rather than just chartered) commercial flights into Cuba now that the U.S. has approved them. But Donald believes cruise ships like Carnival’s still have one big edge:

“We think anything that fosters travel to Cuba from the U.S. is a good thing for us,” he says. “The easier it becomes to travel, the more familiar people become with traveling to Cuba, the better.

"[But] the advantage we have as a cruise company is that our ships are the hotel – and one of the shortages that currently exists [in Cuba] is [hotel] accommodations.

“Even with Airbnb and their great effort there, which I think is a very positive thing, there’s still a shortage of accommodations. There’s hundreds of thousands of American citizens now that go Cuba, and of course Cuba’s been open to the rest of the world this whole time.”

This new wave of U.S.-Cuba commerce still has its critics, of course. Concerns abound that too much of the money cruise ships generate in Cuba goes directly to the Castro regime and not into ordinary Cubans’s pockets – something Donald is downplaying.

“The reality is, every port we enter, we’re an economic multiplier,” Donald argues. “The ships have to be provisioned, there’s port charges. The local communities thrive because [the ships] create jobs and opportunities, whether it’s taxi driver or a local restaurant, and that won’t be any different in Cuba than it is in any of the other 700-plus ports we go to around the world. We will be an economic boon.”

Donald plans to witness that first-hand. When the Adonia does get to anchor in Havana, he says he “most definitely will be” on the inaugural cruise.