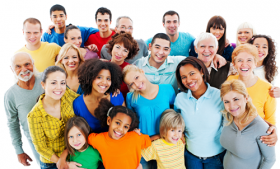 More than two years after Florida lawmakers passed a controversial plan to transform the Medicaid system, it's showtime.

As of Thursday, about 9,300 central Florida residents who need long-term care --- the vast majority of them seniors --- will become the first participants in a statewide move to enroll almost all Medicaid beneficiaries in HMOs and other types of managed-care plans.

The transformation will not happen quickly: Region by region, low-income people will gradually move into the managed-care system during the rest of this year and throughout most of 2014, with the changes first affecting people who need long-term care and later the broader Medicaid population.

But after years of debate, planning and gaining federal approval, Thursday is a pivotal day in a Medicaid system that serves more than 3 million Floridians.

"We're almost not believing it's here,'' said Liz Dudek, secretary of the Agency for Health Care Administration, which oversees the Medicaid program.

Broadly, the goal is to use managed care to provide services that will help as many seniors as possible stay in their homes or communities, rather than going into nursing facilities. But the changes have been controversial --- and remain so as the state moves forward.

Jack McRay, advocacy manager for AARP Florida, said Wednesday the four-county region in central Florida will be the "guinea pig" for long-term care changes that his organization has questioned. He said AARP wanted the state to conduct a pilot program before starting the shift to a statewide managed-care system for seniors, but was rebuffed by lawmakers.

"We want reform to succeed, but we have many doubts about it,'' McRay said.

Republican lawmakers and Gov. Rick Scott approved the move to the managed-care system in 2011, but federal officials did not sign off on the changes until this year. After long arguing that Medicaid is fragmented, plagued by fraud and too expensive, GOP leaders say managed care will better coordinate services for beneficiaries while also helping control costs.

Making the changes, however, has required a massive amount of planning. AHCA has contracted with managed-care plans in 11 separate regions of the state to provide long-term care services and is in the midst of a similar contracting process for plans that will serve the broader Medicaid population.

As an example of the issues involved, Senior, the Medicaid director, said the state has needed to ensure that managed-care plans have adequate networks of providers.

With older and disabled beneficiaries unable to go without services such as home health care, Senior said "continuity of care became job one." That has led to the state allowing beneficiaries to continue receiving services for 60 days from their already-existing providers, if those providers are not in the beneficiaries' new managed-care plans.

Another example of a major planning issue has been the state's use of what is known as "choice counseling" to help long-term care beneficiaries choose managed-care plans. The process is critical, at least in part, because managed-care plans can offer different benefits. The choice-counseling process has included home visits to help seniors, Dudek said.

AHCA has contracted with varying numbers of managed-care plans in the 11 regions of the state. That includes four plans --- American Eldercare, Coventry Health Plan, Sunshine State Health Plan and UnitedHealthcare of Florida --- in the central Florida region where the program will start Thursday.

In the coming months, AHCA will expand the program to other regions. On Sept. 1, the program will start in a region of southwest Florida and in a region that includes Palm Beach County and the Treasure Coast. On Nov. 1, it will move into the Big Bend area of north Florida and to Broward County.

The long-term care changes are expected to be in effect statewide on March 1, 2014, and AHCA then will turn to enrolling the broader Medicaid population in managed-care plans.

But skeptics have long questioned the reliance on managed care and whether that would lead to cutting corners on services provided to Medicaid beneficiaries.

McRay, who has closely followed the issues for AARP, pointed to questions, for example, about what standards the state has used to determine that managed-care networks are adequate. He also said questions remain about the effectiveness of the choice counseling program, particularly when some people needing long-term care might have cognitive problems that make it hard to understand the plan choices.