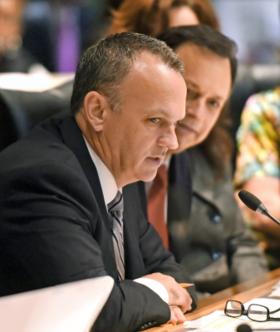 Governor-elect Ron DeSantis has reached across the aisle, picking Democratic State Representative Jared Moskowitz to lead the Division of Emergency Management. DeSantis has also tapped former Republican Speaker of the House Richard Corcoran to head the Department of Education.

Moskowitz, of Coral Springs, has served as General Counsel for one of the nation’s largest disaster management company for nearly a decade. He was also a large part of the passage of the Marjory Stoneman Douglas High School Public Safety Act signed into law last session following the mass shooting.

Sitting state lawmakers Senator Doug Broxson and Representative Holly Raschein both endorsed the pick. In a statement announcing Moskowitz’s appointment they said he has the knowledge, expertise, and experience necessary to ensure Florida remains well prepared in emergency situations. The announcement means Moskowitz must resign and leave his seat open for a new State Representative. No date has been determined for when a special election will be held.

Corcoran’s recommendation from the governor-elect isn’t the last step in that process, as the State Board of Education will put the choice to a vote later this month. Just days ago, current Commissioner Pam Stewart submitted her resignation in a letter, “In light of recent election results and announcements.”

In the meantime, DeSantis is calling Corcoran a “no-nonsense reformer” who oversaw the creation of the State Legislature’s “Schools of Hope” program. Using state funding, Schools of Hope allows charter schools to open in place of traditional public schools with persistently struggling grades.

Corcoran also championed the Hope Scholarship program, allowing students to switch schools to escape bullying or violence, including to private and charter schools.

The State Board will vote on Corcoran’s recommendation Dec. 17.