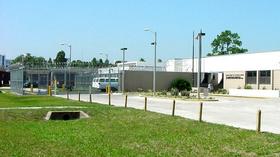 An ongoing fight between Florida’s counties and the state Department of Juvenile Justice is expected to continue during a hearing next week, considering a new formula with which both sides will divvy up the cost of Florida’s juvenile detention centers.

Today, 38 counties are supposed to be responsible for paying about 32 percent of juvenile detention costs. That’s according to Florida Association of Counties Spokeswoman Craigin Mosteller.

This past session, the state Legislature was tasked with coming up with an agreement that both sides could agree on. While both chambers agreed to split the costs between the state Department of Juvenile Justice and counties 50-50, only the House proposal included a $140 million reimbursement for the counties, which claim they’ve been overbilled. It’s even been the topic of several legal battles over the years.

Meanwhile, DJJ Secretary Wansley Walters says she hopes to come to some sort of agreement since it’s been a source of frustration for all involved.

“Well, unfortunately, we were all very hopeful a much more equitable situation could develop. And, this is a very confusing issue, and I think the thing that’s been the most frustrating for this agency is the counties seem to believe we can just change what we’re doing,” said Walters.

Walters says the issue is really a legislative decision, not something her agency can do on its own. Walters adds the counties also have a lot of alternatives at their disposal, including opting out of paying the costs as some counties have already done.

The hearing scheduled to consider the rules regarding the new pay formula will take place at 10 a.m. next Friday at DJJ’s Headquarters.

Meeting Between Corey And Pastors Ended Before It Began

It was supposed to be a meeting between the State Attorney Angela Corey and members of the Jacksonville Clergy to address the county’s civil citation track record. But it didn’t last for long.

Are juvenile offenders in North Florida's Fourth Circuit Court treated the same as those in other parts of the state?

TALLAHASSEE (The News Service of Florida) — Both sides are unhappy that the Legislature failed to come up with a plan for dividing the costs of detaining young offenders between the Florida Department of Juvenile Justice and county governments.

Making sure prison release orders are properly verified is the goal of bill authored by Sen. Greg Evers (R-Baker) in his capacity as chair of the Senate Criminal Justice Committee.