Flooding From Nicholas Continues As New Systems Organize Across The Atlantic

Flash Flood Watches continue from Louisiana eastward into the Florida Panhandle thanks to heavy rain bands from Tropical Depression Nicholas. 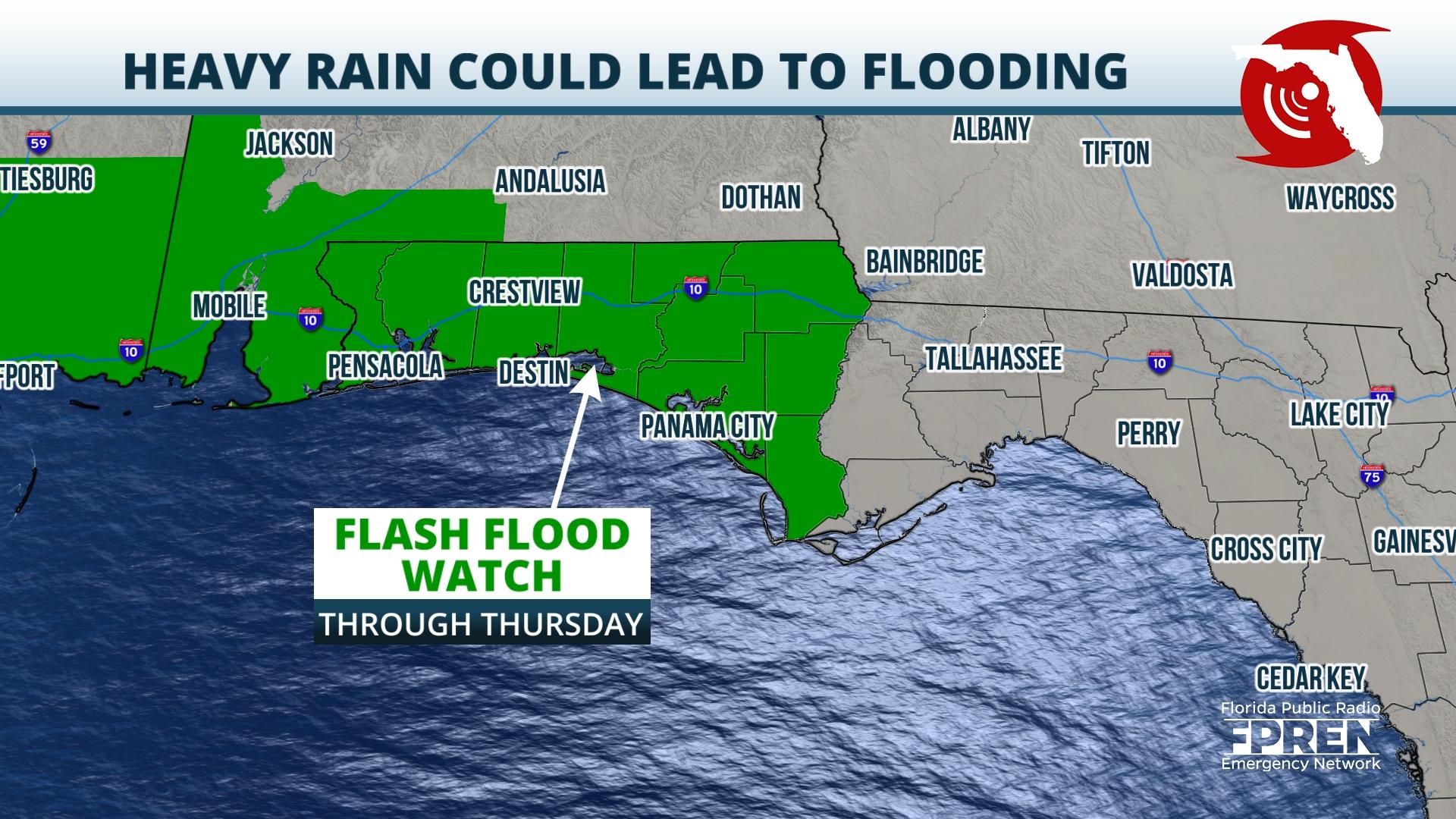 7 to 10 inches of rain is forecast along a portion of the western Panhandle coastline, near Pensacola, through Friday. Numerous flash floods are possible in these areas, along with the risk for a brief, isolated tornado or waterspout associated with rain bands moving inland from the Gulf. Rain amounts of 3 to 6 inches are forecast over the remainder of the Panhandle, west of the Apalachicola River, and 1 to 3 inches is possible farther east toward Tallahassee and Florida's Big Bend. A moist atmosphere is expected to persist through the weekend, which makes at least afternoon and evening thunderstorms likely, with some continued risk for areas of flooding. 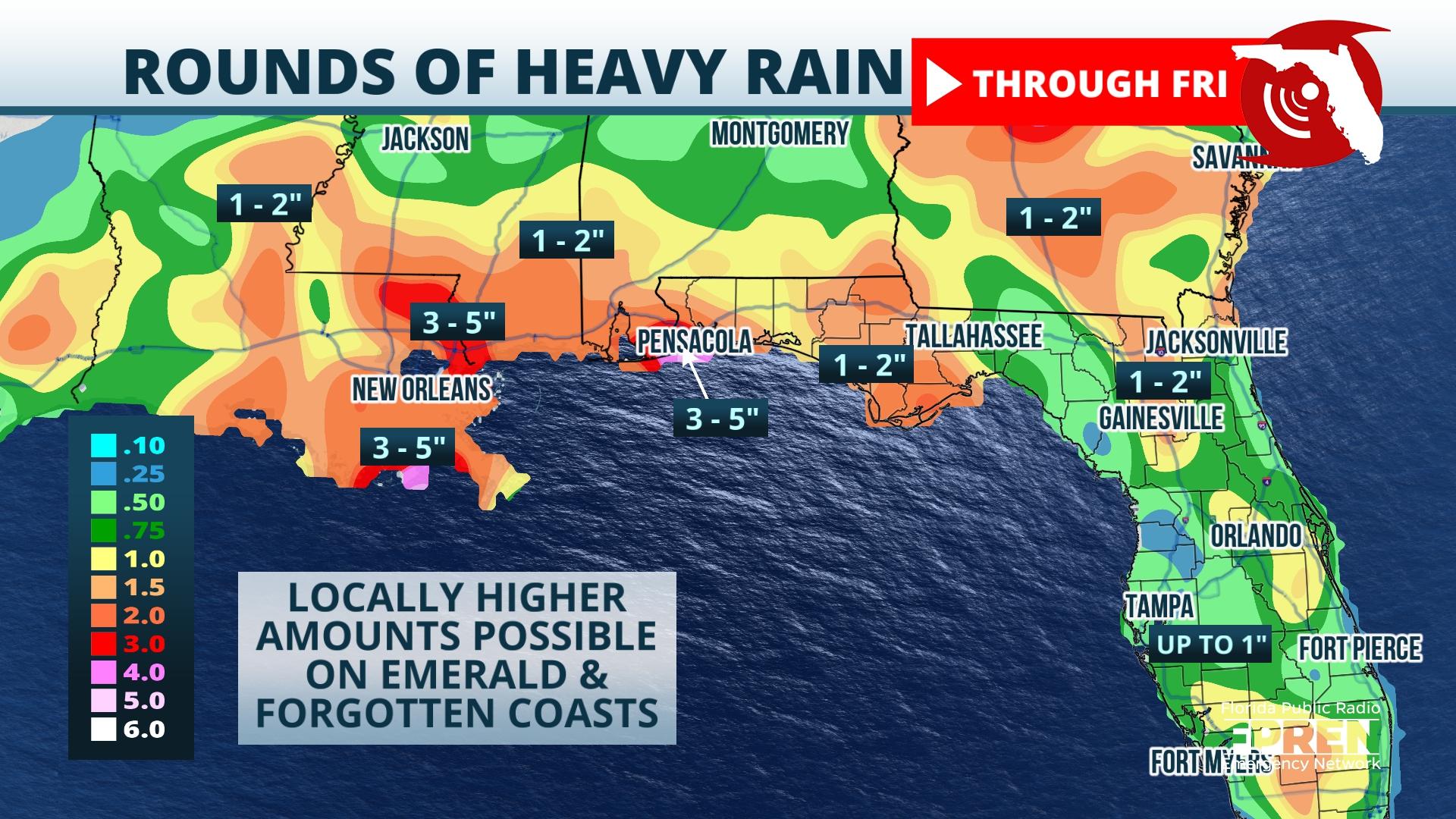 Southwest winds between Nicholas and a weakening high pressure area in the western Atlantic Ocean is acting to increase moisture levels over the rest of the Florida Peninsula. This wind pattern often results in a few thunderstorms near the coast during the early morning hours, then widespread showers and storms over the interior and Atlantic coast during the midday and afternoon. The high pressure ridge is expected to build back into South Florida this weekend, which will turn the winds to the southeast, favoring morning storms in Southeast Florida and afternoon storms in Southwest Florida both Saturday and Sunday.

The National Hurricane Center has flagged three other areas for tropical development through the weekend. An area of low pressure (called "94L" for tracking purposes) is located north of the Bahamas. It is forecast to become a depression or named storm as it moves northward near or just offshore the North Carolina Outer Banks on Thursday. Most of the effects are likely to be offshore, but an increase in rip currents and surf are likely from North Carolina northward to the Mid Atlantic and New England coastlines late this week.

A strong tropical wave that meteorologists are calling "95L" for tracking and modeling reasons is a few hundred miles south-southwest of the Cape Verde Islands. It, too, is likely to become a depression or named storm on Thursday or Friday. 95L is forecast to remain over the tropical Atlantic over the weekend. Its long-term future is highly uncertain: some models forecast strong wind shear as it approaches the Caribbean next week. If those models are correct, the system could weaken before reaching the islands. There are other models that forecast 95L to eventually turn northward to the north of the Caribbean. And still, there are a few others that do not develop the system at all.

Another tropical wave is projected to move off the coast of Africa by Friday and has a chance to become a depression this weekend. Early indications are it will turn northwestward and not present a threat to land areas after it passes the Cape Verde Islands.