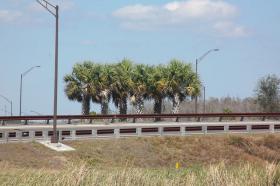 A Florida lawmaker is warning the state’s highway guardrails may be unsafe. Hazard concerns and a lawsuit verdict have caused at least 13 other states to halt installation of a metal guardrail also used in Florida.

Listen
Listening...
/
Hear the radio version of this story

A Texas jury last week found guardrail maker Trinity guilty of fraud for failing to notify the government it had changed a rail system’s design. The feds approve guardrails and reimburse states for installing them. As the New York Times first reported, more than a dozen pending lawsuits claim one model of Trinity rails has injured or killed passengers.

“I’m just shocked they wouldn’t have any kind of engineering study to find out for themselves, because the buck should stop right here with our Florida Department of Transportation," he says.

In an e-mail, Florida Department of Transportation spokesman Dick Kane says the state is monitoring the situation for further information and "will take appropriate action when necessary." Meanwhile, manufacturer Trinity announced Friday it was no longer selling the contested model.