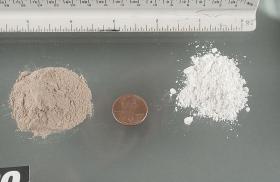 Fewer Floridians died from drug overdose last year than the year before—and the number dying from the prescription painkiller oxycodone dropped by 41 percent. But at the same time, heroin overdose deaths nearly doubled—and people who work with drug addicts say they’re not at all surprised by the trend.

Since 2010, Florida lawmakers and law enforcement officers have cracked down on so-called pill mills—those doctors’ offices prescribing such large amounts of painkillers they’d been labeled “drug pushers in lab coats.”

“Of the top 100 oxycodone dispensers—these are doctors—in the entire country, 98 of them lived in our state, and now we’re down to zero,” she said.

Regional law enforcement strike force teams have partnered with the federal Drug Enforcement Administration and state health department on the multi-faceted crackdown. That’s buoyed by new laws aimed at making it harder for doctors to prescribe the pills and for people to “doctor shop,” picking up prescriptions from several physicians.

But rules preventing primary care providers from prescribing painkillers leave some, like Tallahassee nurse Elizabeth Markovich, frustrated for her patients.

“People may have been controlled with just a few times a week of just one pain pill at bedtime, but now they have to go to pain management for these kind of things,” she says. “And the problem is, for one thing, it’s difficult to get into pain management. For another, often the pain management practice does not give them pain pills.”

And she says when they do prescribe opioids like oxycodone, all patients must undergo random urine testing and other scrutiny aimed at preventing abuse of the addictive medicine.

Several chronic pain patients have told Florida Public Radio over the past year they’ve had trouble getting pharmacies to fill prescriptions for oxycodone and other prescription drugs.

“It is a worse crisis than it’s ever been,” says Donna Ratliff, who runs the Florida Fight for Pain Care Action Network. She says pharmacies continue turning people away.

“Many—I mean MANY—will not fill anything for legitimate chronic pain patients,” she says—which is part of the reason law enforcement officers say they saw the spike in heroin deaths coming.

Florida Special Agent Supervisor David Gross says, “As we in the law enforcement community focused on the pharmaceuticals we understood the importation of heroin’s most likely going to kick up.”

He’s been monitoring drug trends in the state for about 20 years.

“The cartels who traffic them into the United States, they see that, they watch that, and they know that there’s going to be a void in that marketplace, so they start flooding the market,” Gross says.

He says people with an opioid addiction tend to gravitate to the easiest fix, whether it comes from a pharmacy or a street corner. So the number of heroin deaths jumped from 57 to 108 in a year. It’s a small percentage of Florida’s roughly 8,300 drug-related deaths in 2012. But Gross says, with heroin use rising in every part of the state, law enforcement is fighting back.

“The regulatory side of the house is focused on the bad physicians and bad pharmacists, so enforcement can then focus directly on the enforcement actions of the heroin dealer,” he says.

According to state medical examiners, heroin is much more likely to accidentally kill people than oxycodone. But Dr. Scott Teitelbaum, who runs the Florida Recovery Center in Gainesville, says it’s an oversimplification to say Florida’s crackdown is driving people to a more dangerous drug.

“Is it more dangerous for you be shot with a sawed-off shotgun than a handgun? Yes, but I don’t think you want to be shot with either gun,” Teitelbaum says.

That is to say, heroin is more addictive and easier to overdose on because it’s usually injected or snorted. But he says all opioids are very addictive--and the only real solution is getting people into treatment.

The FBI has moved to crack down on a shadowy back channel of the Internet — where transactions take place outside of easily accessible domains — arresting the alleged proprietor of the black-market site Silk Road, which has been called the eBay of the drug trade.

Ross William Ulbricht, 29, known by his hacker handle "Dread Pirate Roberts," was arrested Tuesday morning in San Francisco and charged with one count each of narcotics trafficking conspiracy, computer hacking conspiracy and money laundering conspiracy, according to the Federal Bureau of Investigations' court filing.

Before dawn, a government van picked up paratrooper Jeffrey Waggoner for the five-hour drive to a Department of Veterans Affairs hospital in southern Oregon. His orders: detox from a brutal addiction to painkillers.

He had only the clothes on his back, his watch, an MP3 player and a two-page pain contract the Army made him sign, a promise to get clean.