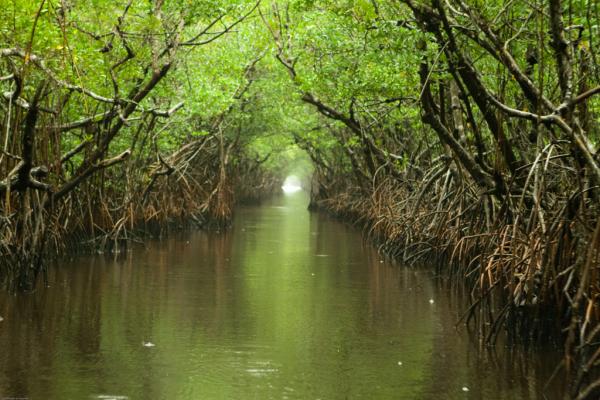 Lawmakers recently settled on a $77 billion budget this year, but with very little money set aside for the state’s land conservation program. Environmentalists said it’s a perfect example of why a constitutional amendment ensuring funding each year is needed.

Water quality issues in estuaries east and west of Lake Okeechobee got a lot of attention this year. That’s why state lawmakers set aside millions to fund restoration projects in the Everglades and the Kissimmee River. But, environmental groups warned lawmakers didn’t spend nearly enough on the state’s land and water conservation program called Florida Forever.

For decades, lawmakers set aside about $300 million a year for the program, but that budget was slashed to zero during the recession.

Laurie Macdonald with the Defenders of Wildlife said now that the state’s economy is rebounding and there’s a budget surplus, lawmakers should be funding land and water conservation for the entire state.

Macdonald said it is disappointing that lawmakers only set aside $17 million for Florida Forever—$5 million of which went to deals with private landowners.

“The legislature has not kept pace in funding the Florida Forever program with the needs,” she said. “Development is on the rise again throughout Florida, but our protection of conservation areas throughout the state is not being funded commensurate with the need.”

Macdonald also said this year’s budget is a good example of why a proposed constitutional amendment is needed. This year, Floridians will vote on a ballot measure that will ensure more funding every year for Florida Forever.

The money will come from a real estate tax that already exists. The amendment needs 60 percent of the vote to pass.

The Florida Legislature closed its 2014 regular session last Friday with a several bills either awaiting approval or already signed into law.

Economic And Environmental Issues To Be Examined By JAXPORT Task Force

Former GOP Florida Governor and current Democratic gubernatorial candidate Charlie Crist said in an interview this week that race is motivating Republicans to work against President Barack Obama, and racism is a "big reason" why he switched parties.

Couple Of NRA-Backed Bills Died During 2014 Session; Sponsors Say They’ll Be Back

A couple of NRA-backed priorities died in the Florida Senate Thursday. The issues centered around one bill that that would allow people to legally carry a concealed weapon without a permit during a mandatory evacuation and another issue relating to tweaking Florida’s Stand Your Ground law.

The move toward sustainability, increasingly, has a strong business case.

"We are creating a forum for business owners who share an interest in sustainability and social responsibility," says chairperson Helen Rake.

Conservationists around Florida are paying close attention to a plan to sell thousands of acres of state property, including beaches, forests and wetlands. The lands were originally acquired to protect them from development.

Here on the First Coast, parts of Anastasia State Park in St. Johns County and Pumpkin Hill Creek Preserve State Park in Duval County would be included in the proposal.

The State Department of Environmental Protection has released a list of roughly 160 properties that could be sold.