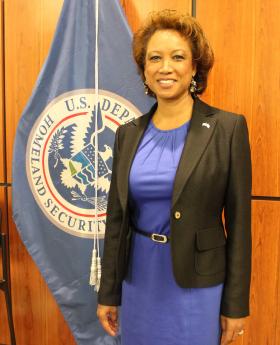 Jennifer Carroll has a new job. The former lieutenant governor has accepted a position as a senior adviser for Global Digital Solutions, which manufactures military weapons, according to WOKV Jacksonville. She's expected to become president and COO of the company after it merges with Airtronic USA.

In March, Carroll abruptly resigned from her post as second-in-command to Governor Rick Scott over her involvement with a charity that's accused of operating an illegal gambling ring. She has not been charged with any crime.

As for the possibility of re-entering politics, Carroll said, "That time will come around, I'm still young enough."