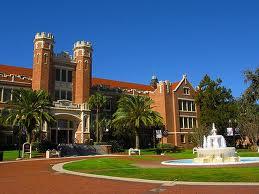 Bill Funk, the consultant hired to head the search for Florida State University's next president, has resigned, according to FSU spokespeople.

"The withdrawal of R. William Funk & Associates from the presidential search process is disappointing. However, Mr. Funk felt he could no longer make the kind of contribution to the search that the university deserves. The Presidential Search Advisory Committee will consider this development at its next meeting. We remain committed to conducting a thorough, open and transparent search of the highest quality and integrity for the next president of Florida State University."

Last week, the FSU Faculty Senate entered a vote of no confidence in Funk. The vote followed controversy over the search committee's decision to interview only state Sen. John Thrasher (R-St. Augustine), despite Thrasher's not having formally applied at the time. The committee has since postponed Thrasher's interview, originally scheduled for this week, as it considers applications from state Rep. Michelle Rehwinkel Vasilinda (D-Tallahassee), Florida Supreme Court Chief Justice Ricky Polston and others.

The committee is scheduled to meet on Wednesday.

Funk's resignation was first reported by the Tallahassee Democrat.

Struggling Duval Charter Schools Will Get More Time To Shape Up

Three troubled charter schools in Duval County will get some more time to turn around, while two new academies will get a shot at bringing gender-based education to the district.

Duval Schools Budget Talks: Assistant Principals Will Stay But Others Might Go

The latest round of Duval County school budget talks will put another group of school employees at ease, but not all.