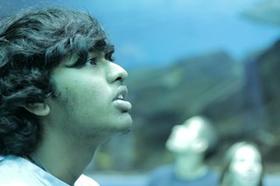 One of the students shot last week at Florida State University is paralyzed.

Farhan Ahmed was shot three times in front of the Strozier Library last Thursday. He was one of three people injured by a gunman. Ahmed's sister, Farhana Ahmed spoke on behalf of the family in an update on her brother’s condition at Tallahassee Memorial Hospital Monday.

"He immediately knew something was wrong because one of the first bullets struck his spine and has left him paralyzed from the waist down. But despite his injuries he’s alive and we’re so grateful he’s here with us," she says.

Ahmed was hit in the chest, arm and spine, and has been paralyzed from the waist down. He’s still at Tallahassee Memorial Hospital and doctors don’t expect him to walk again.

Ahmed’s friends are trying to  raise $150,000 to help cover medical expenses and long-term care. Donations are being accepted at the website youcaring.com. Two other people were also shot—one was treated on the scene and released, the other was released from the hospital Friday night.

The gunman, Myron May, was an FSU alumnus and attorney who had recently returned to North Florida from Texas where he graduated from Texas Tech’s law school in 2009. Local law enforcement officials say May was in a mental health crisis and had been reporting he was being targeted by the government. He was killed by Florida State and Tallahassee Police in a shootout.

TALLAHASSEE, Fla. (AP) — A law enforcement official says the gunman who shot three people at Florida State University before being killed by police was a lawyer who graduated from the school.

The official told The Associated Press that the shooter was Myron May, who graduated from Florida State before attending Texas Tech University's law school. The official requested anonymity because he was not authorized to release the name.

The Associated Press is reporting the gunman who shot three people at Florida State University Thursday before he was killed may have been a lawyer who graduated from the school.

As the investigation continues, Governor Rick Scott says he expects many unanswered questions will be answered. For now, Scott asked the nation to “Pray for FSU.”

FSU To Resume Classes; Gunman In 'Crisis' Before Shooting

Florida State University is back open—a day after a gunman opened fire at the school’s Strozier Library. As FSU tries to get back to normal, an investigation into the shooting continues.

In the hours after three people were shot at FSU’s Strozier library, people gathered on the campus in a prayer vigils and rallies to show their support for the university. FSU Sophomore Gillian Newman says the shooting has shaken the campus community.