ShareTweetEmail
Listen
Listening...
/
Listen to the audio version of this story.

With exactly one week left until Election Day, the democratic candidate for Florida governor visited predominantly-purple Southwest Florida on Tuesday.

Tallahassee Mayor Andrew Gillum arrived at the Riverside Community Center in Fort Myers to a crowd of more than a thousand supporters cheering his name.

As Gillum took the stage, he expressed his surprise at the turnout. It wasn’t what he was expecting, and why would it be? Republicans are the majority in Lee County. They make up 43 percent of registered voters, and it’s not like Democrats are right behind them. In fact, Independents take up 29 percent of the population. Then, the blue wave comes in at more of a blue splash at 27 percent. 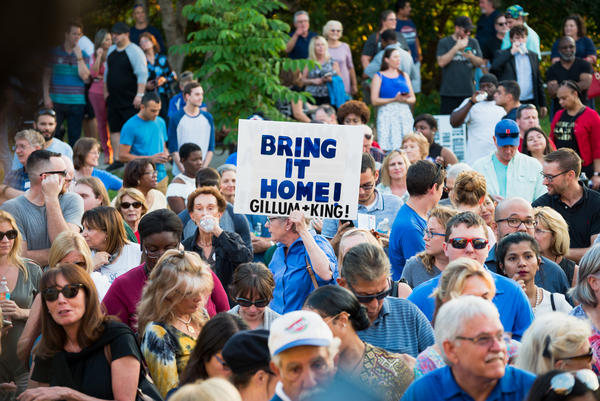 The water outside the glass-sided center, though, couldn’t go without mention, as the sun slipped below the horizon.

“I’m telling you. I’d pull up a rocking chair, and it’d just be me and the water all night. I’m telling you," Gillum said. "But, it requires making sure we have a governor that keeps that picturesque view exactly as you see it.”
Over the last year, red tide has plagued the gulf coast, and blue green algae has festered in Southwest Florida’s inland waterways – often, at the same time. Both issues, Gillum says, are, in large part, due to the Republican leadership in Florida over the last two decades.
“We have literally handed over the keys of our environmental protection to some of the biggest polluters in this state," Gillum said. 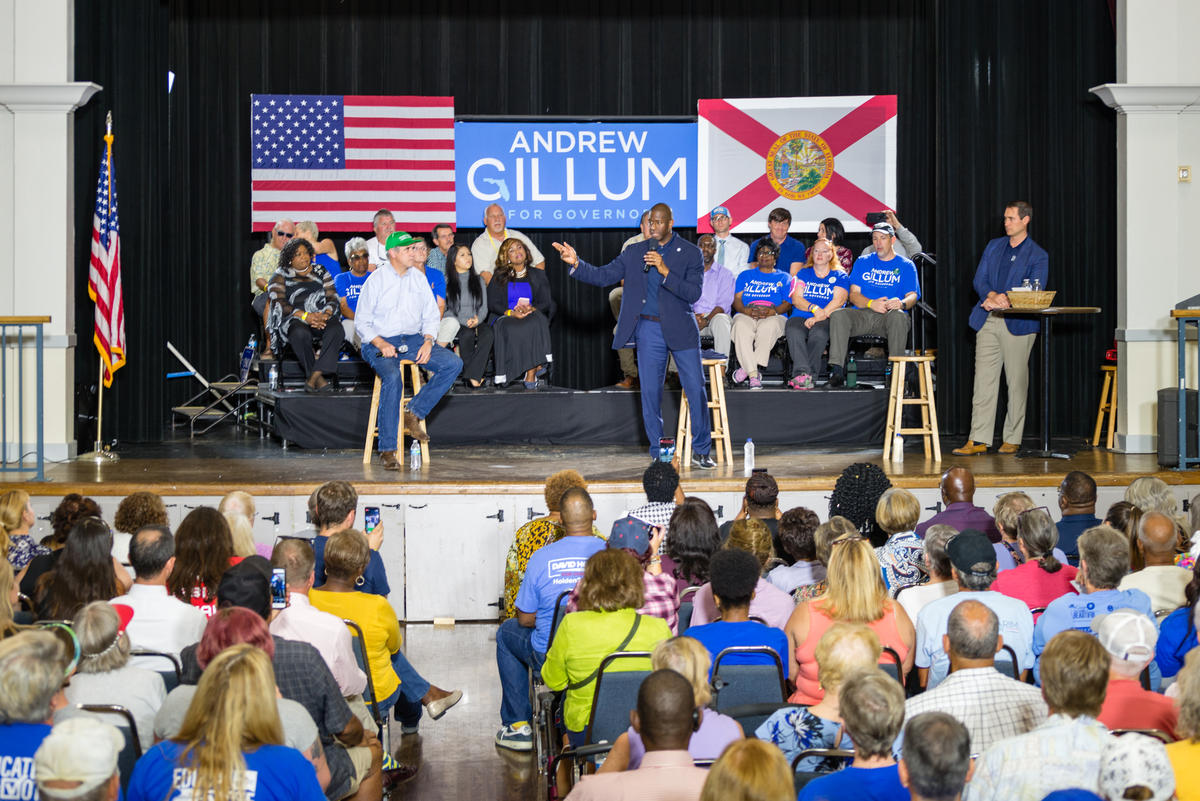 The first question posed was about expanding solar power, which Gillum says he supports not only “residentially but also for those residences who may not own their own property."
"Many utilities won’t allow you to install photovoltaic unless you own the deed to the property," Gillum said, "and if the landlord isn’t interested in that, then you’re out of luck.”
Gillum’s solution mirrors his experience with the recent solar farm in Tallahassee where one could buy into solar power as a public utility instead of relying on personal residential units.
But, he openly admits he doesn’t have all the answers, especially when it comes to invasive species in the southern half of the state.
“This will be a very short answer," Gillum said. "I don’t know a darn thing about how to get rid of Burmese pythons, and that means we’ve got to rely on the folks in our state, who, quite frankly, have been undermined all the way through – our scientists, our biologists, our marine biologists, even our forestry workers.”
Gillum’s running mate, Chris King, was also in attendance at Tuesday’s town hall, but he said he would have more to say Wednesday when he’d be stumping for the campaign at an anti-MAGA rally in Estero at the same time as Republican gubernatorial candidate Ron DeSantis’ rally with President Donald Trump across town. 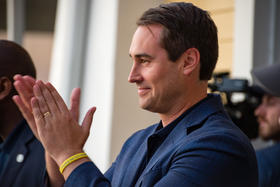 “He’s sending me near the Donald Trump, you know, rally tomorrow in case anyone wants to join me,” King said.
“Put some holy oil on him,” Gillum joked.
Copyright 2018 WGCU. To see more, visit WGCU.