A Florida group is planning to use settlement money from the Deepwater Horizon oil spill toward projects along the state's gulf coast. It was a collaboration among 23 counties from the panhandle to the Keys.

The Gulf Consortium is a collaboration among 23 counties from the Panhandle to the Keys. Its task was to come up with a spending plan for a percentage of the Clean Water Act penalties BP owed after it dumped millions of gallons of oil into the Gulf of Mexico in 2010.

Craig Diamond, a Gulf Consortium manager, said now that the proposal has been approved by the federal government and Gov. Rick Scott, this particular payout has "only just begun."

This money, which is only a portion of the roughly $18 billion in BP settlements, will go toward things like artificial reefs and converting properties from septic to sewer systems.

Diamond said it was a challenging process with so many players up and down Florida's west coast.

"Some have got well matched interests and perhaps regional interests, and others that may have slightly more narrowly focused interests, but the funds provide the resources for all of them to achieve what they are hoping to achieve," he said.

Below is a list of projects happening in Florida, or click here to see the state's entire expenditure plan: 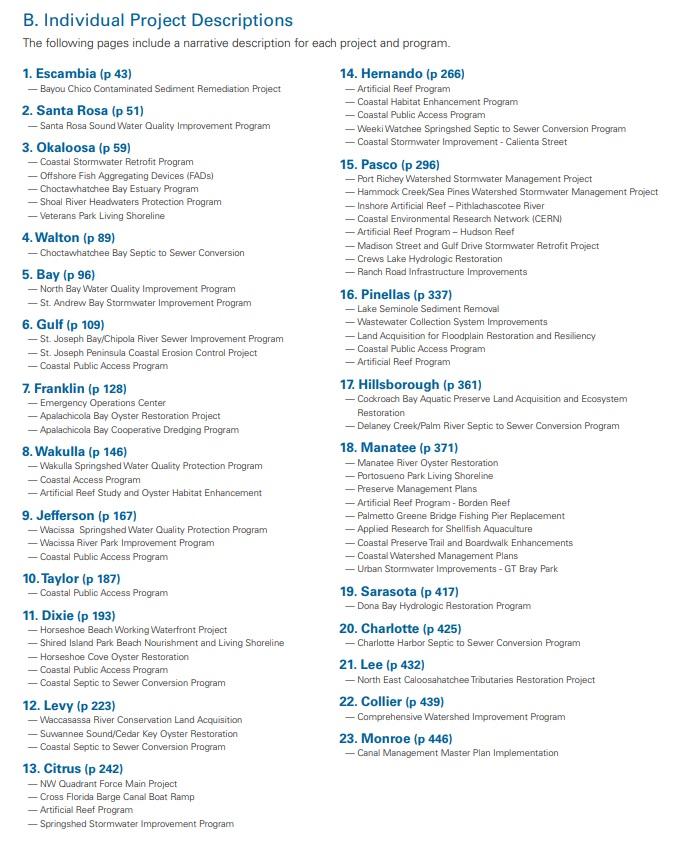