Have You Ever Wondered Why Publix Stores Have Scales? Here's The Answer.

When he moved to Miami in 2012, Chris Barr was struck by people’s love for Publix supermarkets.

“You realize there’s a cult following,” he said, “that Pub Subs are heralded as the best food stuffs on the planet.”

But another Publix staple stood out to Barr: the big, industrial-looking scales found at the front of stores.

“Walking in and out of the store, I was always curious because each store had these old scales,” he said.

Barr asked WLRN to look into the history of how scales, which seem more like a relic of a bygone era, became part of the Publix mythos.

Here’s what we found: 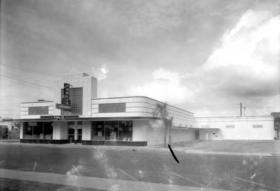 In 1940, George Jenkins opened the first Publix supermarket in Winter Haven. Built of marble glass and stucco, the first store was called the “marble palace” and had some major innovations, like air conditioning and automatic electric doors.

“Things we take for granted today. Can you imagine shopping with no air?” said Jennifer Bush, Publix’s historian.

Jenkins also added another convenience to his store – the scale. Household scales weren’t common at the time. Small shop owners and businesses offered big scales called “people weighers” outside their stores and charged people to use them.

“It was like a vending machine, a money maker for them,” Bush said.

Jenkins incorporated a people weigher into his new store but placed it inside his store rather than outside like most of his competition did. And the one at Publix was free to use.

“His idea was hoping that when they walked in the doors, they would smell these fresh donuts, see the beautiful colors, and feel the cool air,” Bush said.

Over time, more stores got the scales, which were then eventually moved to the front of the store.

Publix’s headquarters in Lakeland still has the store’s first scale, which was called a lollipop model because it was shaped like a lollipop. A rounded top sits over a narrow pedestal and small base – all entirely made of white porcelain. 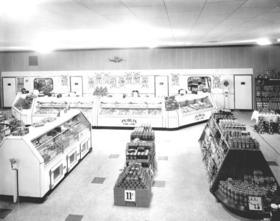 The design has since changed. The scales found in stores today are four times bigger, more industrial-looking and are a shade of the supermarket’s brand of green. A larger round dial sits atop a rectangular block. The base is larger, too – which helps when people in Miami weigh their luggage before trips.

Publix has expanded beyond Florida. Stores have popped up in Alabama, Georgia, Tennessee, the Carolinas and Virginia.

The scales are only found in Florida stores, though.

“When we started to go to new markets, it didn’t resonate with them,” Bush said. “So we kept it a Florida thing.”

The Swiss company Mettler Toledo manufactured the current model until 2015. Bush says eventually a store will get the last scale.

“That’s gonna be a sad part of our history,” she added.

This story came to us from a listener. You can submit a question or idea here.