It appears increasingly likely that the legislative session will end on Friday without agreement to accept more than $50 billion in federal funds to cover an estimated 1.1 million uninsured Floridians. 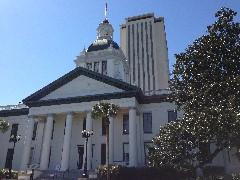 If Florida doesn't take the money, many of the poorest adults in the state -- those who have incomes under $12,000 a year -- won't be offered coverage on Jan. 1, when the expansion of health coverage under the Affordable Care Act goes into effect.

That will have an odd result: Someone with an income of $11,000 would not qualify for subsidized coverage, while those who earn two or three times as much would.

That’s because people under the federal poverty level were not included in the exchange subsidies when the Affordable Care Act was written. That’s because the ACA had placed them into Medicaid. But when the Supreme Court made Medicaid expansion for the poorest adults optional, so in some states they are being left out altogether. Increasingly, it looks as though one of those states will be Florida.

To be sure, the end of the session would not necessarily close the book on the issue. Gov. Rick Scott could call a special session later in the year to address the issue.

But even then, no deal could be reached without a significant change in the mood of the House. Its leaders refused all along to accept any federal money for the expansion of Medicaid under the Affordable Care Act.

The Florida Senate overwhelmingly passed a plan that, while rejecting traditional Medicaid, would have accepted the federal funds and used them to subsidize private coverage. The Senate plan is modeled on one just adopted in Arkansas.

On Thursday, the House returned more or less to normal, as the automatic bill reader dubbed "Mary" was returned to the closet. On Tuesday afternoon and Wednesday, the machine did a quick-read of bills after Democrats invoked a rule requiring that every bill be read in full.

The slowdown was intended to bring attention to the failure of the health-insurance deal.

Hear NPR reporter Greg Allen's report on how Mary became a star for a day.