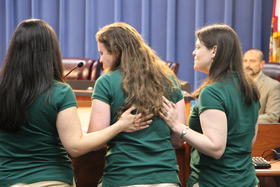 The Leon County School Board has denied two charter schools from being able to open in the district for the 2019 school year. An appeal of the board’s decision will now head to the state level.

After a longer-than-usual school board meeting with dozens of speakers showing a near-even split of support and opposition for the two charter schools, the Leon School board has made its decision. Tallahassee Classical School and Plato Academy charters were denied in two unanimous votes. Adrienne Campbell, one of Tallahassee Classical’s founders, says she and her school’s board intend to appeal to the State Board of Education.

“We’ve proved that we have a solid application and a solid educational plan and business plan in order to run and operate a successful school,” Campbell said following the board’s vote. “And so I believe that we will win on appeal.”

Plato Academy, which has nine schools in operation around the Tampa Bay area, also will have the opportunity to appeal. Leon School Board member DeeDee Rasmussen says she expects the schools would win on appeal, in which case she hopes they will “work with” the district in addressing difficulties like increasingly segregated schools. 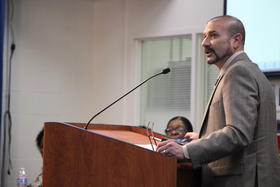 “So, in the likely event that you end up prevailing on an appeal, I hope you will continue to work with us. I know that we stand ready to work with you, it’s just a matter of conviction,” Rasmussen said.

Superintendent Rocky Hanna, who has suggested the charters be blocked since the district’s charter approval committee recommended their approval, said the move sends a message to state legislators.

“You know, sometimes in life you have to take a stand,” Hanna told the crowd at Tuesday’s meeting. “I honestly believe that now is that time. Today is the day Leon County Schools can send a message to lawmakers across the state, that enough is enough.”

Hanna said if the two schools were added on top of the existing four charters in the district, their collective fiscal impact would be more than $13 million per year.