On The Miserable Road: The Poetry of I-95 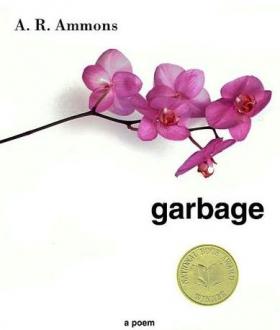 Interstate 95 inspires more than just four-letter words, it turns out.

Twenty five years ago, poet A.R. Ammons and his wife were driving home from a visit with family in South Miami. Somewhere north of Dade County -- on I-95 -- Ammons looked out his window and there it was: one of South Florida’s infamous mountains of trash.

Garbage: A Poem was born.

garbage has to be the poem of our time because

to get our attention, getting in the way, piling

up, stinking, turning brooks brownish and

creamy white: what else deflects us from the

errors of our illusionary ways...

(beginning of section two of Garbage: A Poem)

Garbage is a 121-page-long poem that won Ammons some of the top prizes in poetry, including the 1993 National Book Award.

While Ammons himself wasn’t from South Florida, the origin story for Garbage does illustrate something interesting about the life poetic in South Florida.

“One of the things you do as a poet is you write about the landscape around you,” says poet P. Scott Cunningham, who runs the O, Miami poetry festival happening all this month. “But I think the dilemma you have as a poet in contemporary Miami is that a lot of the landscape that you’re exposed to everyday is from your car.”

Along with O, Miami, WLRN is asking for your poems about places that mean something to you in our This Is Where poetry contest. The poems must contain the phrase “this is where.”

And they certainly do not have to be about I-95 -- after all, that is where most of us lose our minds -- unless you’re Victoria Warren Jackson, a teacher and writer who lives in Miami Gardens, works in Coral Gables and is stuck in rush-hour 95 traffic both to and from work.

When it was pointed out to Jackson that she was likely the only person on the planet to utter such words about I-95 she laughed. 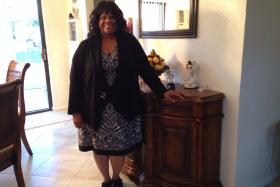 “I guess I’m just making the connection between the feelings that I had as a five-year-old that I-95 leads to a good place.”

When Jackson was five, her family moved from a small town in Georgia to Carol City, seeking more opportunities.

Jackson still remembers seeing an I-95 marker right before their highway exit. That was her “Welcome to Miami” sign, she says.

For WLRN’s “This Is Where” poetry contest, Jackson submitted the following:

This is where it all started,

The eyes of a five-year-old girl filled with tears,

Searching for hope at the end of a trip,

This is where it all started.

A brand new city for a family,

Riding down I-95, This is where it all started.

On a street leading to a golden future.

The latest project of local artist Jim Smith brings to life a genre that combines science fiction and fantasy, with a focus on modern devices that employ steam as a primary power source.

Since their first show at the inaugural One Spark festival, "DIY" indie rockers Civil Brute have become a favorite in the Jacksonville music scene.

Regarded as a bass virtuoso, three-time Grammy award-winning musician Christian McBride is one of the most recorded musicians of his generation.

Sally Ann Keiser wants to bring sewing, which has been her passion since she was about 8-years-old, back to the First Coast.