ShareTweetEmail
Listen
Listening...
/
WUSF's Craig Kopp talks with PolitiFact editor Angie Holan about claims that the federal Homeland Security database was created to check voter rolls, whether or not Florida sheriff's all back the Stand Your Ground law and whether people really don't go to resort casino to gamble. 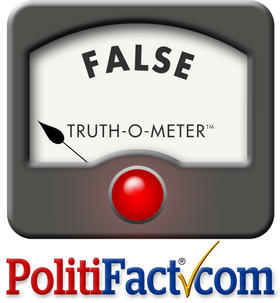 Florida Secretary of State Ken Detzner is defending his plan to use the federal Homeland Security database known as SAVE (Systematic Alien Verification for Entitlements) to search for noncitizens on Florida voting rolls.

During a Nov. 4 hearing before the Senate Committee on Ethics and Elections, Detzner said using SAVE to check voter registration is one of its primary uses.

"In fact, Homeland Security’s ‘benefit categories’ lists checking voter registration citizenship status as one of its main functions. The federal government allows SAVE to be used and check legal status as part of an ensuring the eligibility of registered voters."

"The database was created to check citizenship status for things like driver's licenses or for federal benefits programs like unemployment or housing assistance," Holan explained. "Most of the queries that go to the database are for those purposes. When we asked what percentage of the queries are for voter registration, it was less than one percent. So it was hard for us to see that as a main function of the database."

In some other recent Florida fact-checks, PolitiFact took a look at a statement from Okaloosa County Sheriff Larry Ashley about the "Stand Your Ground" self-defense law.

The Florida House Criminal Justice Subcommittee rejected a repeal of the law during a five-hour meeting Nov. 7, 2013. At the hearing Ashley said, "Florida sheriffs unequivocally support this, the right to stand your ground."

"We rated this one "mostly false,"" said Holan. "If he had said 'many sheriffs support it,' that would have been more accurate. What he pointed to is a meeting earlier this year of the Florida sheriffs where they voted in support of the Stand Your Ground law. But when we started digging into this vote, we found that not all of the sheriffs were at the meeting, and some of the sheriffs who were there didn't vote on measure... so we felt saying that the Florida sheriffs unequivocally support the Stand Your Ground law was just too strong."

And finally, a statement about what attracts people to big casinos attracted some attention from PolitiFact.

In an opinion piece for the "Miami Herald" on the possibility of South Florida resort casinos, Frank J. Fahrenkopf, the recently retired CEO of the American Gaming Association, said, "The majority of people traveling to these destination resorts are not going for the primary purpose of gambling."

Holan explains that "what the pro-casino groups pointed us toward was financial information that shows that casino resorts gets a lot of their revenues from shows, from restaurants, from non-gaming revenue. But we really didn't feel that addressed the question of whether people go to these resorts because they have gambling or not. They may spend other money once they're there, but saying that gambling is not the big draw, we just didn't see evidence to support that statement."

Jacksonville lawmakers and local health officials are turning to an unlikely activity to spur community involvement.

With the opening of online health insurance marketplaces a little over a month away, I've been receiving lots of questions about how they'll work.

Here's one that deals with the issue of getting the subsidy payments out quickly for consumers.

It's the law of the land, and by January 1st, 2014, most Americans will be required to have some form of health insurance under the Affordable Care Act.

Yet, polls show many still are confused about the law and its implementation.