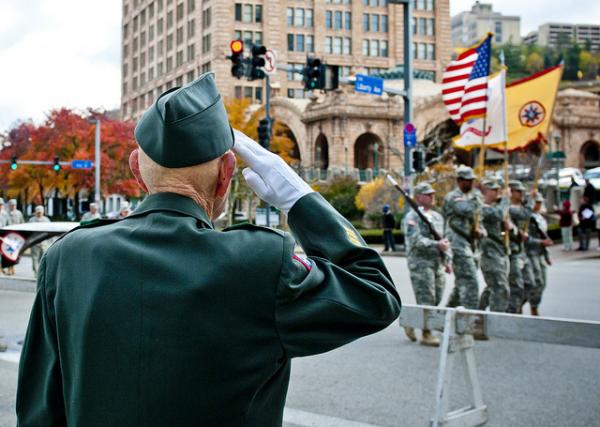 A new state-formed group called “Florida Is For Veterans” is charged with helping promote Florida as a veteran friendly state and enticing military members to make Florida their new home.

The legislature created the group through a bill passed last session. During an organizational meeting Monday group members talked about several goals including a plan to contract with a university to create a veteran entrepreneur program. Florida Department of Veterans Affairs Legislative Director, Bobby Carbonell, talked about what that program could look like.

Florida is for Veterans  is housed by the Florida Department of Veterans Affairs. The Florida legislature has earmarked $3-million in grant funding for the group. But the organization must first develop an “operation plan” for how it will spend that money and how it will measure its performance.

Brian Richmond, 25, was discharged from the United States Air Force four years ago. He's been homeless for the last three and a half.

"My mom passed away. I ran out of money and couldn’t keep my house up, so had to sell it," he said. "So, I had to come out here - out to the streets."

He slept in a tent under a bridge in Jacksonville for two years. Then he got into the Sulzbacher Center - a transitional housing facility where he stays now.

As the nation reacts to President Barack Obama's announcement of an open-ended campaign against the threat posed by the Islamic State, the Wounded Warrior Project examines the state of veterans injured in combat.