A new NPR investigation found that the U.S. Department of Housing and Urban Development is disproportionately selling homes in areas prone to flooding. More than 500 in the past few years were sold in Florida: 112 of them in the greater Tampa Bay region.

While HUD isn't required by law to disclose that houses are in an official flood zone, NPR found the federal agency often doesn't fully disclose the potential danger to buyers.

And in some cases, the homes are being rented out, or have been resold to new buyers who were unaware of the risks. In addition to potential flooding, these homes could run into problems, such as mold backed-up sewers or septic tanks, or compromised water systems.

The NPR analysis shows that between 2017 and 2020, HUD sold nearly 100,000 homes across the nation, many the result of foreclosures on homes with federally insured mortgages. Florida, Louisiana and New Jersey, however, stand out for the number of homes sold in floodplains.

The highest number sold in floodplains in a single state — 529 — were in Florida, and it reflected 12% of all of the sales it made in the state during that period, according to the NPR analysis. The sales span 50 of the state’s 67 counties.

South Florida, with 235 recorded sales, had the largest concentration of these homes in the state. The 112 homes sold in the greater Tampa Bay region were most prevalent in Pinellas County, but NPR found sales stretching from Sarasota County to the south to Hernando and Polk Counties to the north and east. 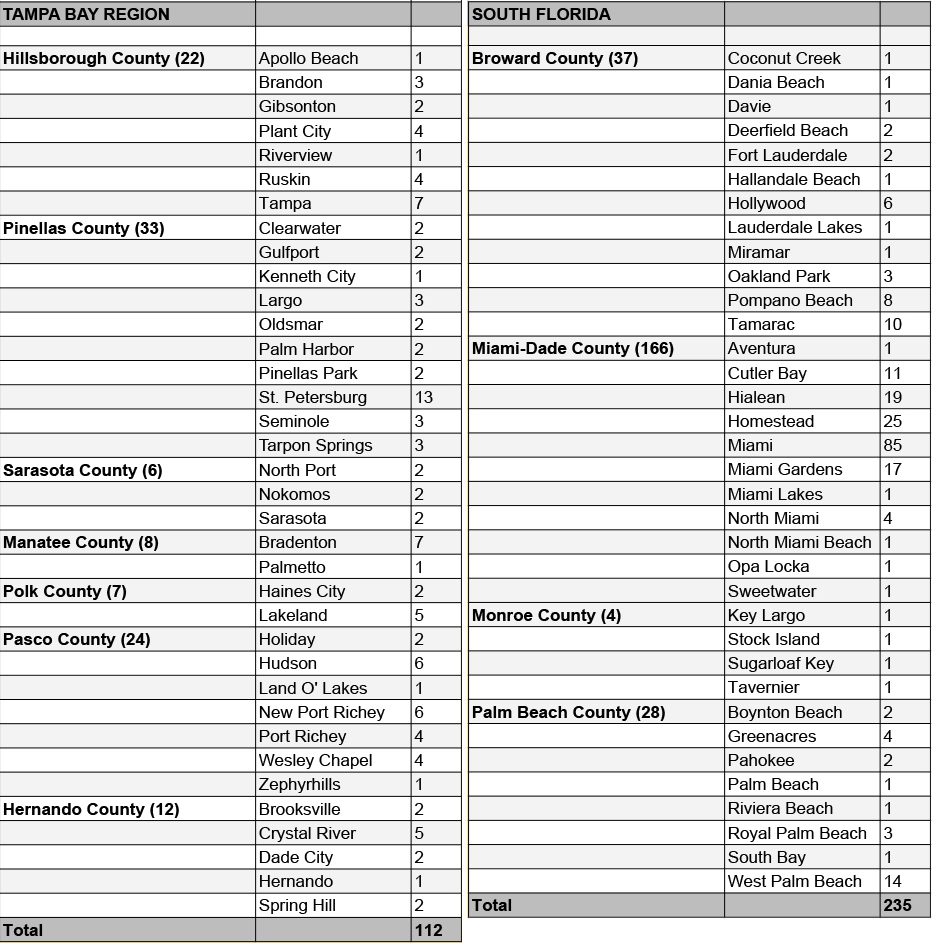 In recent weeks, reporters from WUSF and WLRN checked on dozens of the homes in South Florida and the Tampa Bay region. Visits in coastal Pasco and Pinellas counties found streets in front of several homes with standing water — even though it hadn't rained that day.

In coastal Pasco County, many of the homes were located on the west side of U.S. 19, which already is in a flood zone and among the first places in the region to be evacuated during storms.

One of those homes is in Hudson, a stone's throw from wetlands fronting the Gulf of Mexico. Larry Alvarez bought this trailer up on stilts in January 2021, from a company that purchased the home from HUD. Alvarez says he was never told he might have to flee his home during a major storm.

Housing and climate experts say the risk of buying such homes will only grow in Florida and across the country. The effects of climate change increase the risk of stronger storms and higher storm surge.