Political Scientist: How Ron DeSantis Has Changed Since The Campaign 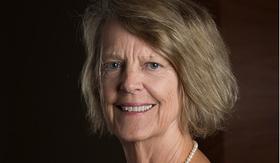 The former Congressman stuck with Fox News as his media outlet of choice during the campaign, and he largely stayed quiet during the election recount.

Since then, his transition teams have been crafting policy plans.

Unlike fellow Republican and outgoing Governor Rick Scott, DeSantis says environmental issues will be among his priorities.

Florida Public Radio’s Gina Jordan talks with Carol Weissert, professor of political science at Florida State University, about the change in DeSantis since the campaign.

Listen
Listening...
/
Listen to the interview with Carol Weissert.