A Q & A With The University Of Florida's New President 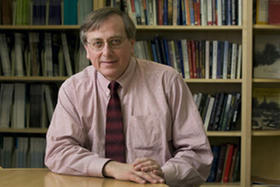 The University of Florida is also expanding a new online program with a goal of eventually enrolling 24,000 students.

Fuchs sat down with WLRN’s StateImpact Florida reporter John O’Connor to talk about the issues in higher education.

A: When I look at the national landscape, the University of Florida, and indeed the state universities across our state, are in a different place than many of our peers.

Listen
Listening...
/
Listen to the story.

Q: When you talk about those investments, I think the highest-profile one is the premier research university goal that's been put into the state budget. How have you guys used that money, how do you intend to use it going forward?

And they set aside -- in the first year -- $15 million and in the second year an additional $5 million. So $20 million per year with the sole purpose of enhancing the quality of the faculty at those two universities.

We committed to hiring 120 preeminent faculty, and we've hired more than half of them. We've also committed to raising nearly a billion dollars of private money that will create an endowment to further accelerate the path to what we call preeminence.

Q: The recent conversation about higher education in Florida has really focused on tuition. How do you balance the kind of push-pull between high-quality education and maintaining a lower cost of education?

A: I want to make sure that citizens of the state of Florida understand that the tuition here is quite low compared to almost any other state. We're proud of that.

And that, combined with the financial aid that we are raising through philanthropic means and aid that the state is giving for undergraduate students and families, makes higher education in the state of Florida quite a bargain.

Now, the goals that all of the universities in this state have are not going to be achieved unless there are other resources that come in. If tuition is not going to increase -- and that's why the investments by the state in higher education  are so important for the public universities.

And secondly, all of the presidents and chancellors, including myself, are working with friends, and foundations and other philanthropic sources to invest in higher education and the lives of our students.

A: The University of Florida's online program currently has 1,000 students. We have 15 undergraduate degrees that are fully online  and available for students to be enrolled in and get degrees in.

We just launched a program for which we had nearly a thousand applicants in which those students who complete 60 credits online are admitted into the residential program. It provides a menu of options for students to get a college degree.

Lorlesha Bryant loves a challenge. That’s what got the Algebra I teacher into mathematics.

A gun rights nonprofit is suing the University of Florida and its president over policies for guns on campus.

University Of Florida Among Top 50 Schools For Future Millionaires

If you want to be a millionaire, you might consider first becoming a Florida Gator.