A true popular music legend is settling down in the place she says she feels most at home. Rita Coolidge is back in Tallahassee to stay. Coolidge says she first came to Florida’s Capital City in 1963-64. 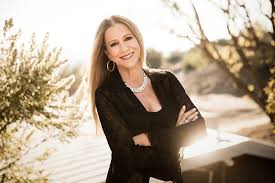 “My father was a Baptist minister. And when I was in high school, we moved from Tennessee to Jacksonville, Florida. So I entered Andrew Jackson High School as a sophomore and went there through my senior year. The closest place and the best university, which was a godsend because I love Florida State. I applied and was accepted and the rest is history.”

At FSU, Coolidge was a member of Alpha Gamma Delta sorority and graduated in 1967 with an art degree. But her real art was music. She became a much-in-demand studio singer, first for a Memphis jingle company, then for some of the top bands in the late 60s and early 70s. Then she was a chart-topper on her own cranking out multiple hits from the mid 70s into the 80s. But even though she was by then living in California, there was something about the Capital City that kept drawing her back. Especially her return trip of two years ago.

“I was back in Tallahassee for Word of the South promoting my new book and there’s a guy that I dated in college, Joe Hutto.”

Hutto, a Tallahassee homeboy, left FSU to go into the military before Coolidge graduated and ran off to be a musical superstar. But she always looked for him every time she was back in town.

“And Dianne Greer who was a friend of mine in college came running up to the stage before my talk and she said, ‘Joe’s here! Joe Hutto’s here!’ and I said, ‘Really? Where is he?!’”

The two reunited. And Coolidge said that led to a relocation decision.

“Seeing him again and walking into his arms, I was home! We’ve spent two years trying to wind up. I sold my house this past year and he sold his ranch in Wyoming and we just decided we wanted to live in Tallahassee.”

And even beyond her rekindled relationship with Hutto, Coolidge insisted this part of the world just suits her better than anywhere else.

“And to be back in Florida where everything is alive and the frogs and the birds and wildlife. It’s just fabulous!”

But don’t expect the ferociously creative musical force that is Rita Coolidge to simply kick back in her front porch rocking chair. Her new album, “Safe in the Arms of Time,” which dropped last month is attracting lots of buzz. And she believed her new/old home might inspire more music.

“Yeah, I know a lot of people in the music business here. So, yeah, we’ve very connected and one of the songwriters that I worked with on this record – Stan Lynch – is down in Gainesville. So there are great music connections. I think Tallahassee has always been a great music town.”

And now an even GREATER music town with the permanent return of Rita Coolidge.