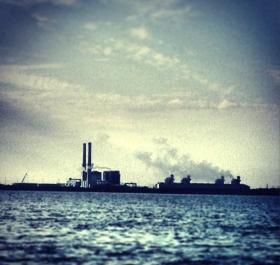 A Tallahassee lawmaker and a South Florida mayor are planning to ask Florida Gov. Rick Scott to stop the expansion of a Miami nuclear power plant. Scott and his cabinet will hear from Florida Power and Light Tuesday about its plans to add reactors to its Turkey Point plant.

Florida Power and Light’s proposal includes two new nuclear reactors and 89 miles of transmission wires to stretch across nearby towns. The wires are a sticking point for Pinecrest Mayor Cindy Lerner. Lerner is slated to attend the meeting alongside state Rep. Michelle Rehwinkel Vasilinda (D-Tallahassee), who says an expansion of nuclear power has statewide implications.

"What’s really happening is we’re pushing out the desire and need for other innovations and for other renewable energy answers," she says.

Vasilinda has unsuccessfully sponsored bills repealing power companies’ ability to charge customers for nuclear plants that are never built, as happened recently in Levy County. And she says she’s concerned about the safety of all nuclear reactors as sea levels continue rising.

An enormous, 49-year-old, whole building thermostat control panel in the basement of the former Haydon Burns library will be salvaged and displayed by the company that built it.

We’re called the Sunshine State, but does Florida do enough to harness solar energy?

City lawmakers have begun to publicly debate whether the city’s six-cent gas tax should be extended for another 20 years.