Despite mandatory evacuation orders along Florida’s Panhandle many people chose to stay behind and ride out the storm. Among them: Charley and Briney King in Panama City. They spoke on WFSU’s Perspectives show Friday. 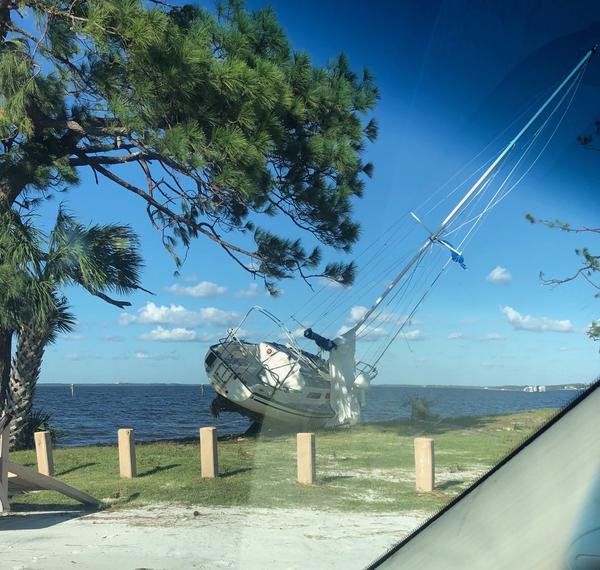 The Kings are new to the area, and recently bought a house in Panama City in May. They live near a canal, not on the beach, and while they say the damage to their home could have been worse, Briney King says, "our neighborhood looks like a virtual warzone.”

That's true for a large swatch of the Panhandle's coast, where Hurricane Michael leveled trees, powerlines, homes, and businesses. A section of Highway 98 is washed out and others report the scene as looking as if a bomb went off. 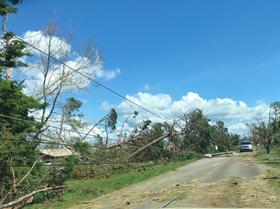 Charley King spent the morning looking for gas. He found it in Panama City Beach, where the damage is not as severe as it is inland. While looking for fuel, Charley King also spotted utility vehicles arriving, 20-30 deep.

“They’re starting to really roll in. I think yesterday they were assessing the situation and today they’re everywhere. There are power trucks everywhere. It’s unbelievable," he says.

The King’s say they chose to ride out the storm on the advice of their neighbors, many who are lifelong residents.  Briney King says they were told they’d be without power for a week or two so have a generator and enough food and first supplies. But on whether they’d make the same decision now, her answer is definitive.

“In hindsight, I would have left.”

Hurricane Michael made landfall at nearby Mexico Beach. It was a powerful Category 4 storm, and was just shy of becoming a Category 5. It rapidly gained speed and intensity, catching many panhandle residents off-guard and surprising weather forecasters.