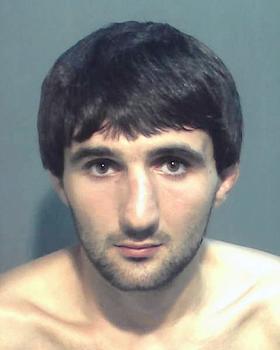 A year ago today an FBI agent shot and killed a Chechen man in Orlando during an interrogation about one of the Boston marathon bombing suspects. His mother-in-law will be in Orlando to focus attention on those who believe his death was unjustified.

Elena Teyer will visit the apartment complex where the FBI says Ibragim Todashev turned violent, forcing an agent to kill him. Teyer doesn't believe it. She says the FBI harassed Todashev and his family, forcing his wife to remain in Russia since her husband's death.

"I don't know if any of us would be so calm for four and half hours speaking to them", said Teyer.

Teyer says Todashev only was an acquaintance of one of the suspected Boston bombers but was not involved in any criminal activity. Investigations by the FBI and Orange- Osceola County State Attorney Jeff Ashton have cleared the FBI agent of any wrongdoing.

The American Civil Liberties Union and other civil rights organizations continue to call for further investigation.

ORLANDO, Fla. (AP) — A Florida prosecutor says a friend of one of the Boston marathon suspects threatened an FBI agent and a Massachusetts state trooper with a long pole before the Chechen man was fatally shot.

Papers filed by prosecutors in Boston this week confirm that a friend of accused Boston Marathon bomber Tamerlan Tsarnaev told investigators that Tsarnaev took part in a 2011 triple murder in Massachusetts.

Tsarnaev had been linked to the murders before. We wrote on May 23 that: