Artist Jeff Whipple is billed as the most accomplished artist in Jacksonville history. He and Touche Gallery owner Kevin Calloway joined us in the studio to discuss a new exhibit that spotlights his life and work, from his earliest art in the 1970s right up to today. The exhibit also coincides with the publication of Whipple’s new memoir “Drawn into Something.” It is about his art experiences from childhood through college. The memoir shows the passion of a young artist who strives to develop the highest art skills to express poetic and philosophical themes. 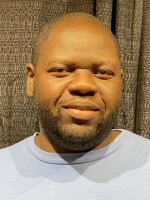