Race In The River City

The shooting deaths of young black men including Trayvon Martin and Jordan Davis have raised difficult questions about race and justice in the United States. In late 2014, grand jury decisions in the Michael Brown and Eric Garner cases again brought to light painful rifts in the United States and focused attention on law enforcement, community relationships, and racial bias.

In the aftermath of these events, WJCT State of the RE:Union host Al Letson posted two personal commentaries on his Facebook page about his life experiences as an African American male in the Jacksonville area. Letson and WJCT facilitated a dialog on these sensitive issues during Race in the River City, a town hall event held at the WJCT Studios Jan. 27. The conversation will include community members, law enforcement officers and experts on race and society. The goal is to have an open and honest discussion that brings issues of race and justice to the forefront, allowing First Coast residents to hear perspectives of others in their community and serve as a starting point for understanding and change.

This event will be recorded and will air on WJCT-TV 7.1 Feb. 12 at 8 p.m. After 8 p.m. the video will also be available on our YouTube page. 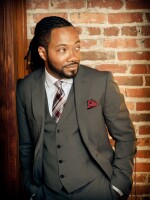 Al Letson
Al Letson is a multi-talented playwright, performance artist and public radio personality who has garnered national acclaim for his distinctive voice and vision. He is the host of Reveal, a public radio program and podcast from PRX and the Center for Investigative Reporting showcasing investigative stories. Letson hosts the Errthang podcast and is also the former host and executive producer of “State of the Re:Union,” which won a Peabody Award in 2014 and a 2013 Edward R. Murrow Award. He divides his time between Jacksonville, Florida, and Reveal's Emeryville, California, office.
See stories by Al Letson
Latest Stories
Related Content