What the Republican party could have done differently in the midterms

While election workers count ballots and candidates bite their nails, Democrats and Republicans are already looking at what this campaign has revealed about the American people and American democracy. Today on the program, we are talking with political consultants from both parties. Republican strategist Alice Stewart has worked on many presidential campaigns, including for Ted Cruz and Mike Huckabee. It's good to have you back.

ALICE STEWART: Hi, Ari. It's great to talk with you on such an important day.

SHAPIRO: How confident are you feeling about the outcome tonight? Do you think Republicans are going to take back one or both houses of Congress?

STEWART: Ari, looking at what we're seeing in the polls and talking with people across the country, it appears that there is tremendous enthusiasm with Republican voters. And I do anticipate that that could equate to Republicans taking over the House and a strong likelihood in the Senate. It's going to be a close one, but there's a lot of enthusiasm with Republican voters and more importantly, Ari, the independent voters and a lot of undecided voters. And they are driven in large part on economic issues. You know, we're fortunate that we've already seen some early exit polling data that has come out. And what we're seeing is the big issues that motivate voters are inflation.

STEWART: And, you know, the state of the economy is not great. And it's tending people to gravitate towards Republican because they want change.

SHAPIRO: As you look back at the way this campaign has gone over the last few months, is there anything you wish your party had done differently, anything that you think the GOP could have done better?

STEWART: Sure. I think the Republicans are right on the policies and the issues, and they've done a tremendous job focusing on economy, inflation and crime. But certain races across the country - there have been valid and legitimate questions about candidate quality. And these are the candidates that were really hand-picked by former President Trump. They are election deniers. They question the integrity of our elections, some even supporting the actions on January 6, which I think were atrocious. And those issues turn off a lot of voters. So we're seeing some candidates - Blake Masters in Arizona being one, Doug Mastriano in Pennsylvania and others - that are election deniers that are struggling in races that Republicans could have been in a much better position had they nominated more moderate candidates.

SHAPIRO: There are also a number of election deniers who seem likely to win their races. And in another part of the program, we spoke with Democratic strategist Joel Payne, who is concerned about the number of candidates who continue to reject the outcome of legitimate elections. Are you worried about whether American democracy can hold up under that kind of assault?

STEWART: I'm confident in our election process. I've always had confidence in the election process, and I think the best thing we can do is restore confidence in the American people with that. I was deputy secretary of state in Arkansas. We ran elections. And I'm confident there are enough checks and balances in place in statewide elections that will prevent anyone from putting their finger on the scale and really having an impact on elections.

SHAPIRO: If Republicans do win control of either or both houses of Congress, tell us one thing that you would really like to see the party prioritize when they take power.

STEWART: Clearly, getting a handle on inflation. And what we've seen with Republican leadership - Kevin McCarthy and his commitment to America has vowed to really look at ways that we can, you know, reduce inflation and certainly also address crime and work to secure the border. And he has policies in place with a commitment to America in terms of reducing government spending, putting an end to wasteful spending, putting in pro-growth tax policies which he thinks will help.

SHAPIRO: That is Republican strategist Alice Stewart. Thank you very much for speaking with us. 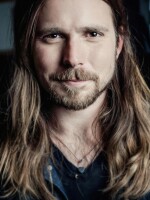 Ari Shapiro
Ari Shapiro has been one of the hosts of All Things Considered, NPR's award-winning afternoon newsmagazine, since 2015. During his first two years on the program, listenership to All Things Considered grew at an unprecedented rate, with more people tuning in during a typical quarter-hour than any other program on the radio.
See stories by Ari Shapiro
Latest Stories