Local homeowners and businesses in Jacksonville and Neptune Beach are the latest groups to form a solar co-op.

Florida is lagging far behind other states in the development of solar power, according to a recent New York Times story. To help encourage solar adoption, Jacksonville and Neptune beaches are partnering with Solar United Neighbors. The idea is to save money and make going solar easier.

A new sculpture and bike rack that spells out “DUUUVAL” is now up on Ocean Street by the Cultural Council in Downtown Jacksonville.

The piece honors the term "DUUUVAL," that is known as a rallying cry that came out of the hip hop scene in the 1990s.

That isn’t all the sculpture represents. It will also be used as 11 bike racks that each point to an important black historical or cultural institution in Jacksonville history.

Artists Caila and Eric Moed joined us with more on how the practical art came about.

WJCT Sports Analyst Cole Pepper joined us live from SEC Media Days in Alabama to discuss the men’s and women’s tennis finals at Wimbledon and the Jaguars training camp. 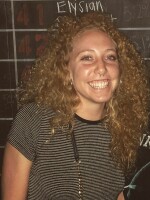