A former inmate has turned his life around by using art to spotlight issues in the state’s criminal justice system.

Moliere Dimanche, now an artist and writer, has become an activist on the issue of prison reform. He joined First Coast Connect to discuss his new book and experience in prison Wednesday.

Dimanche was sentenced at age 19 to 10 years in state prison for theft. He served 8-1/2 years behind bars, with three years spent in solitary confinement, he said, for trying to report injustices.

“They had a lot of loopholes they were using to get away with abusing inmates,” Dimanche said.

After serving his sentence, Dimanche graduated from college and authored “It Takes a Criminal to Know One,” last year, which combines art and politics to show what his experience in the criminal justice system was like.

His book “was kind of like a documentary I was seeing,” he said.

The most common form of abuse, Dimanche said, was the use of tear gas “anytime that an inmate upset an officer.”

Dimanche said when he challenged the abuse or helped inmates address these issues in court, he was punished with solitary confinement.

Dimanche said he was even tear gassed “to scare me out of it… but it made things worse,” and was transferred to 13 institutions.

Dimanche focused on his own case, and now has a court date next month “to prosecute cases against 16 officers,” he said.

Despite the serious subject matter, Dimanche incorporates humor through his artwork in between chapters.

“If you can laugh through tragedy, you can make it through anything,” Dimanche said.

He will hold a book signing, an art show and an introduction to his T-shirt line at City Bistro in Saint Augustine from 4 p.m. to 7 p.m. April 9. 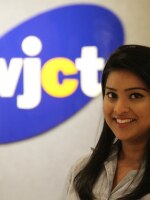