About 50 low income parents trying to go to college and afford daycare at the same time will be getting some financial help.

Florida State College at Jacksonville plans to help up to 50 full- and part-time parents thanks to a grant from the U.S. Department of Education.

“We feel like it certainly gonna reach a lot of families and allow them some flexibility and a little breathing room to not have to worry about paying for child care while they’re in school,” said FSCJ Dean of Education and Human Services Tiffany Hunter, adding, “that 50 does seem like a lot of students, but in the grand scheme of things, it’s really not a lot of students.”

Related: Stats Show Child Care Costs Almost As Much As Rent In Jacksonville

Participating parents will make co-payments for child care based on family size and income.

The program is structured to allow parents attending class at any FSCJ campus to be able to drop their child at the Chappell School’s FSCJ downtown campus location.

“That’s very expensive even for a parent who works a part-time job,” Hunter said.

If Chappell’s downtown location runs out of space Hunter said her office will work with parents to place children at Chappell’s other FSCJ locations on the Deerwood Center, Kent, North or South campuses.

Duval is one of 31 Florida counties that have banded together into a coalition for early learning that connects government funding and early education centers to parents.

Denise Marzullo, the CEO of the local coalition, said while she’s excited to hear about the grant, she’s also concerned Florida still ranks low in spending on early education.

“So while we do have the programs, it doesn’t reimburse the (teaching) centers at a rate that is comparable across the country. And so, what that results in then is an average teacher makes $10 an hour. So there aren’t actually requirements that a teacher has a bachelor’s degree,” Marzullo said.

Hunter said the college renewed its application for the Child Care Access Means Parents in School in 2017 and after FSCJ ran short of school grants to support child care.

Marzullo said the law - along with the Guiding Stars of Duval rating system -  helps trained evaluators assess providers and teachers on the quality of their interactions with children.

FSCJ will start taking applications for the childcare scholarship in October. Students can complete the sign-up form on the college’s website. 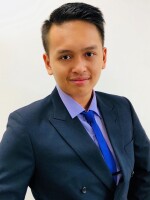