With hurricane season starting Wednesday, more than 4 in 10 Floridians say high gas prices might keep them from evacuating if a storm were bearing down.

A survey by the AAA auto club found that 27% of Floridians are more concerned about this year’s hurricane season than last year's. But 29% do not make advanced preparations for hurricane season or severe weather, and 44% have no evacuation plan.

A quarter of Floridians say they would ignore evacuation warnings altogether, AAA said. Sixty percent said they would leave only for a Category 3 hurricane or higher, meaning winds of at least 111 mph.

The top reasons for staying home:

AAA released the survey as weather forecasters warned that the season's first storm could be tracking toward Florida.

The remnants of Hurricane Agatha were passing over Mexico on Tuesday and are likely to become a tropical depression over the northwestern Caribbean Sea and southeastern Gulf of Mexico late Thursday or Friday, the National Hurricane Center said.

The chances of a storm forming are 30% through two days and 70% through five, forecasters said in an update at 2 p.m. Tuesday. The storm would be called Alex.

Meanwhile, the average gas price in Florida stood at $4.57 per gallon on Tuesday — and about a penny cheaper in Jacksonville, according to AAA. That compared with $2.86 statewide a year ago, one of the busiest hurricane seasons on record.

Memorial Day typically marks the unofficial start of the summer travel season, a time when gas prices tend to increase dramatically due to high demand.

“Prices at the pump are likely to remain high throughout the summer,” AAA spokesman Mark Jenkins said in a prepared statement. “So, if you’re worried about evacuation costs, it may be a good idea to start setting aside some money now.”

Florida Division of Emergency Management Director Kevin Guthrie has said emergency management officials anticipate many people will select shelters rather than hotels hundreds of miles away when storms approach.

"We're prepared for that,” Guthrie said. “The division has done some shelter-staff augmentation. So, if a county asks for assistance at their local shelter, we can … get individuals to go there. But I do believe we're going to have more people go to shelter this year."

AAA gave these tips to prepare for storm season:

The importance of flood insurance

The two biggest sources of hurricane damage are wind and torrential rain resulting in flooding. Flooding is the number one disaster in the United States.

A quarter of Floridians are unaware that most homeowner’s insurance policies do not cover flood damage, AAA say. Sixty-one percent say they are concerned about experiencing a flood at their home, but only 25% claim to have a flood insurance policy.

“Unfortunately, many homeowners do not realize until it’s too late that their homeowners’ policy does not cover flooding,” said Jennifer Pintacuda, president of AAA’s Florida-based insurance companies. “We encourage residents to look into a flood policy now. There’s a 30 day waiting period for all new flood insurance policies. So if you wait until a storm is approaching, it will be too late.”

Information from the News Service of Florida was used in this report. 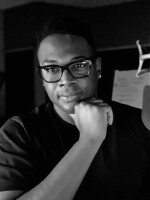 Jamie Jackson
Jamie is an award-winning, Emmy nominated broadcast journalist who serves as a host and reporter for WJCT Public Media.
See stories by Jamie Jackson

Randy Roguski
Randy comes to Jacksonville from the South Florida Sun Sentinel, where, as metro editor, he led investigative coverage of the Parkland school shooting that won the 2019 Pulitzer Prize for public service. He has spent more than 40 years in reporting and editing positions in Illinois, Iowa, Missouri, Ohio and Florida. You can reach Randy at rroguski@wjct.org or on Twitter, @rroguski.
See stories by Randy Roguski
Latest Stories