How Gov. Rick Scott's State Of The State Compares To What Floridians Want

A campaigning incumbent always has to be upbeat and, in reporting on how you’ve done, you don’t want to bring down the party. Gov. Rick Scott was no exception.

Every state legislative session begins with an address by the Governor on the state of the state. But what if the people of Florida gave that speech instead?

We joined other Florida public radio stations and asked Floridians what they think the state has done well -- or badly -- and how it manifests in their daily lives. Here's what residents from across the state had to say:

While people who contributed to our alternate State of the State focused on areas to improve on, such as inequality and affordable health insurance, Governor Scott’s speech, themed by his slogan “let’s keep working,” was all accomplishments. But what are we supposed to keep working on?

Is it that almost 1 out 6 Floridians live in poverty, a higher rate than the national average? Is it that Florida still has the highest foreclosure rate? Is it that dozens of children who had contact with the Department of Children and Families died in 2013?

Almost all Scott’s references to unemployment were to tout how Florida has reduced it (or how terrible it was during the Crist administration). Only at the end of his 30-minute speech did he mention -- in present tense -- general “challenges facing our state” and a housing market “in recovery.”

Here’s a word cloud of our People’s State of the State.

These are the 11 comments we included, mapped by location. Click on each pin to see the Floridians' take on our state:

This article contains comments from the Public Insight Network, an online community of people who have agreed to share their insights with the Miami Herald and WLRN. What issues do Florida lawmakers need to address? Tell us. 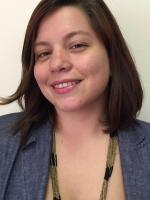 Maria Murriel
I manage WLRN's multimedia and engagement projects, including work on WLRN.org, all our social media platforms, and community events.
See stories by Maria Murriel 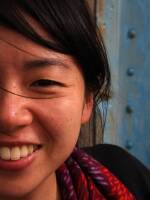 Elaine Chen
Elaine is senior producer of news and public affairs at WLRN-Miami Herald News. She produces The Florida Roundup, a Friday news show, and works on building audience engagement around the issues we cover. Elaine moved from New York City, where she was a lawyer for the city government. She put aside the legal briefs and discovery requests to be back in public radio. Before WLRN, Elaine worked as a producer for public affairs shows at WNYC and WYPR.
See stories by Elaine Chen
Latest Stories
Related Content