Based on an April 20, 2016, opinion by city General Counsel Jason Gabriel that found the pension was unauthorized and "unlawfully funded" and it was within his authority to cancel it, Curry wrote in an email to his senior staff:

Jacksonville City Council filed a lawsuit against Keane and the Pension Fund board seeking to halt the pension payments and recover contributions made since he retired last September. In his executive action, Curry ordered the lawsuit to be dropped.

Under the special pension, Keane would have been paid $227,000 in his first year of retirement. News4Jax was told that replacing the senior staff pension with the general-employee pension payments will cost Keane about $46,000 per year.

At the same time Jacksonville voters are a step closer to deciding whether to extend a sales tax for the sake of reducing pension debt. At the request of Mayor Lenny Curry, City Council President Greg Anderson has filed a bill that would put the question on the August 30 primary ballot. 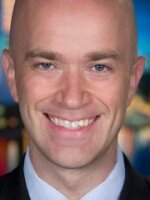