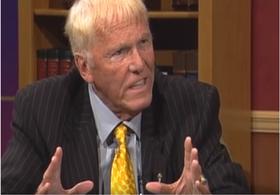 Al Dunlap was one of Florida State’s most generous donors. He contributed more than 40 million dollars to FSU, mostly to athletics. One of his donations funded the Dunlap Student Success Center. Dunlap discussed the center in a 2010  interview with then-president Eric Barron on WFSU-TV.

“Leadership is terribly important,” Dunlap said. “So we felt that there should be a central location where they can learn leadership, where they can learn what to expect in their career in the future. So that was the driving thought in our mind to build the Albert and Judith Dunlap Career Center.”

A university spokeswoman says no details for services have been finalized yet. Dunlap was 81. He died at his home in Ocala.