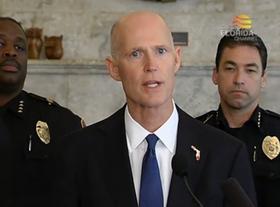 The Associated Press is reporting the gunman who shot three people at Florida State University Thursday before he was killed may have been a lawyer who graduated from the school.

As the investigation continues, Governor Rick Scott says he expects many unanswered questions will be answered. For now, Scott asked the nation to “Pray for FSU.”

“I can’t imagine the concern that parents have right now all across our nation that have a student here at FSU,” said Scott, at a press conference Thursday. 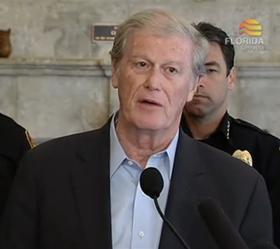 And, FSU's new President John Thrasher thanked the police for their quick response.

“Their training obviously showed up and immensely helped, I think, defuse a very, very difficult situation that could have been probably worse,” said Thrasher.

Classes were canceled Thursday. But, the campus—including the Strozier Library where the shooting occurred—is expected to reopen Friday.

Meanwhile, Governor Rick Scott will soon visit with the students and their families.

TALLAHASSEE, Fla. (AP) — A law enforcement official says the gunman who shot three people at Florida State University before being killed by police was a lawyer who graduated from the school.

The official told The Associated Press that the shooter was Myron May, who graduated from Florida State before attending Texas Tech University's law school. The official requested anonymity because he was not authorized to release the name.