Miami's beer makers have officially unionized. Sort of. The owners of two Miami-Dade County breweries rallied their brewer colleagues to form the Miami Brewers Alliance, a sort of advocacy and education group for local craft-beer businesses.

"The idea is to... promote/protect the craft industry here," says Eddie Leon (M.I.A. Brewing Company) via Facebook message. He got the alliance started with Luis Brignoni of Wynwood Brewing Company.

Local brewers felt the need for protection last month, when a bill moving through the Legislature could have required breweries to sell and buy back their product from distributors before pouring it to consumers. SB 1714 was one of a handful of pieces of legislation addressing restrictions on Florida's craft-beer business in recent years, and it was vigorously fought by small breweries.

"The [Miami Brewers Alliance] has been in planning for a while," says Leon, "but the recent scare with the bills gave us a good reason to start it now so we can be prepared for next year if it comes up again." 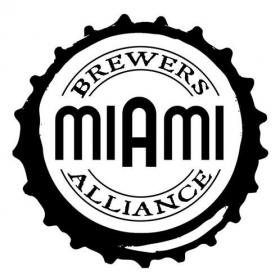 The Alliance will plan beer festivals and provide training or education, but Leon says it will also advocate "for legal reforms in Tallahassee that will help our craft industry grow."

The group's first meeting was Monday, May 19, at Wynwood Brewing Company. Leon was appointed president, WBC's Brignoni vice president, Jesse Morris of Concrete Beach Brewing is secretary, and Peter Schnebly of Miami Brewing Company (and Schnebly Winery) is treasurer. Membership is open to brewers in the industry, but also homebrewers and craft-beer enthusiasts.

MBA's first order of business, now that the legislative session is over? Planning BrewMiami, a festival set for later this year.

Jacksonville brewers are weighing in on a slate of bills being considered by state lawmakers, including a proposal that would require them buy their own beer back from distributors before offering it to customers.

Florida’s craft beer brewers have been pushing for years to remove a law keeping them from selling containers of a certain size. But a Senate bill that does away with that restriction also adds a different rule brewers say would hurt their booming business.

Following a national trend, the number of craft breweries in Tallahassee is expected to double in the near future. In a warehouse six blocks from the Florida Capitol, Gabe Grass is about to open the third microbrewery within a mile radius.

A Cold One For Everyone: Craft Beer Sales Surged In 2013

If you think craft beer is seemingly everywhere these days, there's good reason. From bars and restaurants to supermarket aisles, the selection of locally made, often quirkily named brews has grown at an exponential rate.

The town of Spencer, in central Massachusetts, isn't well known for ... well, anything, really. But it's about to become internationally famous — at least in beer-drinking circles.

Spencer is home to St. Joseph's Abbey, where robed monks are busy brewing the first American Trappist beer. If all goes as planned, Spencer Trappist Ale will be available in Massachusetts retail stores by the middle of next week.