More than half of LGBT Jacksonville residents surveyed say they’ve experienced discrimination in the city. That’s according to a new study from the University of North Florida.

Fifty-seven percent of respondents to the online survey say they’ve been teased, threatened or harassed as a result of their sexual orientation or gender identity within the past five years.

The study, “A Survey of LGBTQ Experiences, Discrimination, and Perceived Necessity for an LGBT Inclusive Human Rights Ordinance in Jacksonville, Florida” was authored by Danielle Krusemark and Lynne Carroll.

The study looked at the experiences of 211 LGBT residents, of whom 97 percent perceive the need for an expanded human-rights ordinance. Discrimination they reported included medical discrimination; demotion; disparate pricing; pictures’ being taken of them and posted on social media with slurs; and damage to their property, including a brick thrown through a truck windshield, damage to housing and loosened lug nuts on car rims.

“I had a person essentially block me in a bathroom, and I had to squeeze around them. And when I left, security was called, and they were, kind of, running to the bathroom, and I just kind of peaced out really quick and left. So that was kind of scary, but thankfully nothing came of it,” he says.

Moore spoke Monday night at a Pecha Kucha event in Hemming Park. Participants were asked to speak about the necessity of protecting gay and transgender people with an expanded human-rights ordinance.

Among survey participants, about 63 percent disagreed or strongly disagreed with the statement “Jacksonville is a city that embraces diversity.”

The Jacksonville City Council is expected to reconsider legislation that would add LGBT protections this year. Sponsors of two bills related to the issue withdrew them last month.

Jessica Palombo
Jessica Palombo supervises local news gathering and production, podcasts and web editorial content for WJCT News, ADAPT and Jacksonville Today. She is an award-winning writer and journalist with bylines including NPR, Experience Magazine, and The Gainesville Sun. She has a master’s degree in broadcast and digital journalism from Syracuse University and is an alumna of the University of Florida. A nearly lifelong resident of Jacksonville, she considers herself lucky to be raising her own children in her hometown. Follow Jessica Palombo on Twitter: @JaxJessicaP
See stories by Jessica Palombo 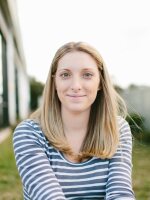 Shannon Greene
Associate Producer Shannon Greene comes to WJCT after working as a freelance producer and director for a few years. Shannon is a fourth-generation Jacksonville resident with a passion for telling unique Floridian stories. After attending Bishop Kenny High school, Shannon earned her bachelor's degree in communication with an emphasis in journalism and media production from Flagler College in St. Augustine.
See stories by Shannon Greene
Latest Stories
Related Content