The area near the Times-Union building on Riverside Avenue may be undergoing some big changes in the next few years as the nonprofit Groundwork Jacksonville plans a major overhaul of McCoys Creek.

To envision those changes, Emerging Design Professionals, a sub-group of the Jacksonville chapter of the American Institute of Architects, held a competition in partnership with Groundwork Jacksonville on June 26.

Groundwork Jacksonville has been working on designing pathways and trails that connect the neighborhoods surrounding McCoys Creek with the Emerald Necklace, a series of parks around the urban core of Jacksonville. The competition offered $1,000 to whoever could best imagine how to highlight the natural beauty of Florida within downtown Jacksonville.

The winners of the contest were Amy Morie, landscape architect and principal at Mulberry Hill Studio, and artist Sarah Crooks of the Everess Art Studio.  Their plan incorporated a recreational, multi-use space with an emphasis on community integration and outdoor activities.

The three-mile stretch of land, starting where the current Times-Union building stands, was reimagined to include community gardens, multiple park spaces and centers for both youth and seniors.  Due to the area’s consistent problem with flooding, the plan also integrates better water management for the floodplain to decrease the amount of storm surge out of the creek and river onto nearby residential and commercial property.

Repairs after the floods have been costly and have also affected the water purity and ecology of the area.

A plan Groundwork Jacksonville is hoping the city will help fund is involves rerouting water that was displaced during construction of the Times-Union building and Acosta Bridge.

The Times-Union property, which includes the T-U tower and a production building, is owned by the Morris family of Augusta, Ga., which sold the newspaper to Gatehouse Media last year but retained the property. The newspaper's management has previously said it intends to move sometime late in the year to a yet to be announced downtown location.

The Morris family has expressed interest in redeveloping or selling the property. Morris joined with CBRE to market the property, saying it is pleased to offer the property "for sale or Joint Venture Partnership."

The Times-Union tower was built in 1967 and sites on 18.8 acres of riverfront land next to the Acosta Bridge.

The Florida Times-Union is a WJCT news partner. 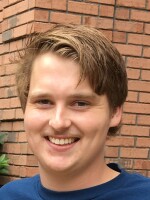 Jimmy Delaney
Jimmy is a Senior at Florida State University in Tallahassee, and was born and raised in Neptune Beach.
See stories by Jimmy Delaney
Latest Stories
Related Content