Advocates and opponents to Spaceport Camden are speaking out as a Federal Aviation Administration application process continues.

A FAA decision on the planned spaceport was expected by the end of 2019, but the Camden Board of County Commissioners changed the application to focus on smaller vehicles.

Related: Listen to the full interview with Howard

To supporters of the project, Spaceport Camden’s location might seem ideal. The site has existing aerospace heritage and was even considered as a launch site for the Apollo Moon Mission. Georgia has the aerospace engineering experience to support the project as well as the interest in the spaceport, according to Howard.

The hope is that Spaceport Camden will create jobs in the Southeast Georgia region through direct employment at the spaceport and indirectly through tourism. According to the Georgia Economic Development Authority, the state is Home to more than 800 aerospace companies and a total workforce of more than 108,000. Howard compared Spaceport Camden to Space Florida’s previous project. When Space Florida was considering building two launch pads, the Florida organization estimated 2,500 jobs, both direct and indirect, would be reated.

Scott Gooch of Lunar Buildings, a company that rents “business-ready” workspaces to aerospace related projects, called into First Coast Connect to voice his support of the project. Gooch emphasized that he thinks Spaceport Camden would create jobs in the area. He also believes the spaceport will contribute to STEM education in Georgia, from the elementary schools to the universities.

However, some citizens have voiced their concerns about the project. A number of Little Cumberland Island residents are in opposition as the launch path would be directly over their homes. Some area residents also worry that there isn’t any hard evidence that the spaceport will create jobs and will end up being a waste of taxpayer money.

The group Taxpayers Against Camden Spaceport will be holding a public debate at 6 p.m. on Friday, March 20, at the Camden Recreation Center Meeting Hall at 1050 Wildcat Dr., Kingsland, Ga. The group has asked Howard to attend but he has declined, calling it “a PR stunt.”

Howard said Spaceport Camden is Georgia’s opportunity to be a part of the new space race. 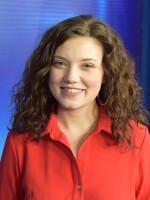