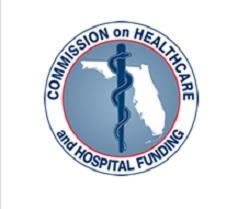 The Florida Hospital Association says it’s all for price-transparency, and making it easier for customers to figure out what different procedures cost. But President Bruce Rueben says Governor Rick Scott’s accusation of price-gouging goes too far:

“We’re on record supporting price transparency. So today we’re very disappointed with the mean-spirited tone of this press release that calls for protection against hospital pricing," he said.

Scott says he’ll work with lawmakers to pass bills that increase hospital price transparency, including requiring the facilities to post information on their website, and make it easier for consumers to pursue billing complaints with regulators and law enforcement.

Florida is one of more than 40 states to get an "F" when it comes to price transparency in healthcare, according to the non-profit Catalyst for Payment Reform. The Center’s Andrea Caballero says prices don’t correlate to quality.

“The variation in the prices doesn’t have much rationale to it. You can see prices in the U.S. can vary as much as 700 percent. When you compare the price variation…to quality, not likely. So we have an imbalance here.”

Scott founded and ran a hospital chain and he’s been at odds with the state’s hospitals over a failed plan to expand Medicaid in the state. He’s accused the hospitals of running large profits as the state grapples with ballooning medicaid costs and the loss of federal healthcare funds.  But many of Scott’s proposals are also supported by the Florida Hospital Association. The two sides agree there should be a centralized place consumers can compare prices, and also support a plan to consolidate claims into a central database.