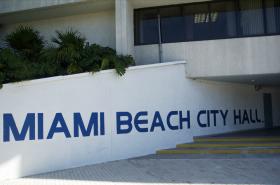 The City of Miami Beach will be the first in the state to offer transgender benefits to city employees, starting this October. The Commission voted unanimously last Wednesday to offer the coverage.

"It’s important for us not to be pro-LGBT by word, but more importantly by action,” said Mayor Philip Levine after the Commission's decision. "We want to make [Miami Beach] the most progressive, pragmatic in America. These types of initiatives are part of that vision and our mandate.”

The benefits will include gender-reassignment surgery, such as mastectomies for female-to-male transgendered people, and hormone treatments.

A consultant to the city reported to the Commission that these procedures were not any more expensive than pregnancy care, heart surgery, or other kinds of necessary health expenses.

Miami Beach expects the cost of the transgender benefits to be fairly minimal. The consultant estimated an average of about one claim every three or four years. Not covered by the city’s plan would be electrolysis or voice training.

Steve Rothaus of the Miami Herald says only 5 percent of cities in the country offer transgender benefits.

Miami Beach’s decision will help it maintain a perfect ranking with the Human Rights Campaign (HRC), a gay-rights advocacy organization. Each year the group ranks how inclusive a city is of LGBT people and considers factors such as whether there are non-discrimination laws and whether a city offers benefits to same-sex partners.

Lawsuits challenging state bans on gay marriage are piling up across the country, and winning doesn't only rest on having a compelling legal case. Building a plaintiff "dream team" is a major component of strong legal strategy.

“You want plaintiffs who are sympathetic,” explains Nova Southeastern law professor Bob Jarvis. “In front of a jury, you want to say this could be your neighbors, your friends, your coworkers or you.”