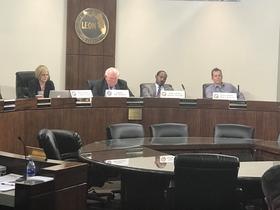 "People that have private education initiatives as well intended as they may be, should not be funded with public tax payer dollars. There are a lot of good innovative things that folks are coming up with," Hanna continued saying that "if we start opening up schools on every street corner, then we slowly start draining resources away from our traditional public schools and then have to start looking into cutting programs.”

And recently elected School Board Member Darryl Jones believes not enough is being invested in early childhood education.

“Regrettably far too many privately-owned early learning centers are just baby-sitting services so subsequently the opportunity to provide those types of stimuli that prepare a child for public school education are missing,” said Jones.