The lull lasted more than a decade. A major storm hadn’t made landfall in South Florida since the 2004-2005 double-hitter of Hurricanes Wilma and Katrina.

That record ended this past September when Hurricane Irma rocked the region and much of the Caribbean.

The Category 5 storm first made landfall in Barbuda with maximum winds of nearly 180 mph. The hurricane then ripped through St. Martin, the British and U.S. Virgin Islands, Turks and Caicos, the Bahamas and Cuba.

Read More: Caribbean ‘Wondering If The World Is Noticing’ Its Own Irma Destruction

Once it hit Cuba, the storm shifted northwest, pushing the eye of Irma toward the Lower Keys as a Category 4 storm. That prompted a mandatory evacuation order for Monroe County.

“Before evacuating, we moved as much as we could to higher ground, stored everything indoors, and loaded our cars with valuables,” says Marathon resident Yudy Pineiro Coll. “People were more worried about the wind. They didn’t take the storm surge threat as seriously. I learned that’s a mistake. You should always prepare for the worst.”

According to the National Hurricane Center (NHC), the storm surge and tide produced flooding of 5 to 8 feet above ground level in the Lower Keys, from Cudjoe Key to Big Pine Key and Bahia Honda Key. The strongest wind – a 120-mph gust – was reported in Big Pine Key as Irma inched toward the island chain.

Miami-Dade County flooded, too, especially along Biscayne Bay, according to the NHC. Downtown Miami was hit with a mix of heavy rainfall, urban runoff and wave overwash, or beach sediment. In northern Dade, Broward and Palm Beach counties, maximum inundation levels reached 2 to 4 feet.

For residents like Coll, Irma was a wake-up call.

Friday, June 1, marks the official start to hurricane season, which forecasters say could be near or above-normal (a Colorado State University report is predicting a near-average Atlantic season). That projection has been complicated by Subtropical Storm Alberto, which hoisted Florida into storm season earlier than expected.

Still, the memory of Irma is fresh in South Florida, setting a new standard on the barometer of storm preparedness. WLRN asked listeners to reflect on what they learned from Irma and whether they plan to do anything different this year. Here are three of the responses we received:

The Early Worm Missed All The Traffic

Leigh Burleson was glad she left Key West when she did. On the Monday before Irma made landfall, she packed her car with her most important documents in giant ziplock bags and began the 1,100-mile drive to her sister's house in Richmond, Virginia.

The mandatory evacuation order was issued the next day.

"Once I got gas in Key West and got out of the Keys, I had no problem with traffic or motel availability," Burleson says.

She stayed in Richmond for five weeks. There was no point to drive back after she discovered her home was OK, thanks to NOAA aeriel satellite maps, she says, since there wasn't any food to buy or grocery stores open. 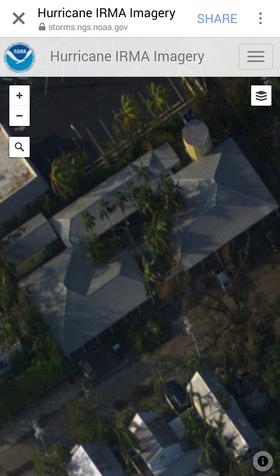 Even though she was far from the island chain, she felt frustrated with the county's emergency communications – particularly weathering the aftermath and beginning storm recovery efforts. Irma wrecked most methods of communicating with the outside world.

"The radio station was what kept everything together. They stayed on 24 hours [a day]" she says. "Sort of a clearinghouse for information."

Burleson's biggest issue, however, was the county's decision not to let people back in sooner.

“They need to let residents back in after the storm regardless of the local conditions,” she says. “If you can’t get back to save your boat from sinking, cover your house, and fend off looters, then you learn to stay behind instead of evacuate.”

This year, Monroe County is offering a solution to those who want to return home after a storm hits: take a special 32-hour training class and get a pass to cut the line to come back.

Burleson, who won't be taking the class, thinks it's insulting to residents.

"I think that the training course is a way to get off their liability," she says. "They just don't want to get in trouble for letting people in and getting hurt. It doesn't even teach you want you need to know. That's their solution? It just pisses me off honestly."

Martin Senterfitt, the county's emergency operations director, says the concern isn't about liability from a legal sense, it's about protecting the public.

"We have to make sure that the people we're bringing in have been properly trained to avoid those hazards and not get themselves hurt or killed. That's really what we're looking at."

Save For A Rainy Day

Irma financially strained some residents like Alissa Farina. Last June, she was laid off from her environmental education job at the Miami Science Barge, a marine laboratory stationed behind Museum Park in downtown Miami.

In the meantime, Farina, 25, who also lives in downtown Miami, worked part-time at a restaurant while collecting unemployment. She used up most of her savings to pay bills and utilities.

Weeks before Irma, in mid-August, Farina began her current job, at the City of Miami's Office of Resilience and Sustainability. Then Irma arrived, causing her to miss two weeks of work.

“When payday came, hardly anything was deposited. I panicked,” says Farina, who makes an hourly wage. "I hadn't quite interanlized the impact on my financial situation." 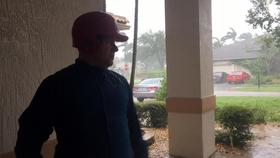 Farina says her family helped keep her afloat and she spent the storm at her sister's home in Coral Springs. There, they passed the time playing crossword puzzles and enjoying "hurricane beers."

"None of them had brought beer and wine - which I thought was insane," she says, laughing.

Now she knows, through experience, that being ready for the aftermath of a storm is just as important as preparing for one.

“Thankfully, I’m in a better financial position now and have savings in the bank,” she says.

Read More: Tax 'Holiday' To Trim Cost Of Stocking Up For Storms

When In Doubt, Leave

Dan Singleton, 68, and his wife, Joan McKinney Singleton, 78, tried to escape Irma. They fled their double-wide mobile home in Davie and drove with their boat trailing behind to his sister's home in Fernandina Beach near Jacksonville. They thought it would be far enough. It wasn't.

“We actually had Irma follow us. It flooded my sister's backyard,” he says. “We lost power there for about three days.”

The Singletons eventually returned home after the storm hit to find their home intact and with minor damnage: "99 percent OK," he recalls. 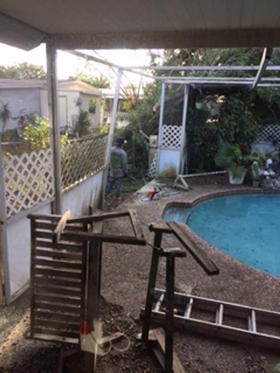 His yard, however, was a different situation. The gazebo over his pool, initially weakened by Hurricane Wilma years ago, was destroyed. The trees around the pool, which once provided privacy to their mobile home community, were uprooted.

“Thinking back on Irma, we were just plain out and out lucky,” he says. “It just seems to me that the storms are getting more intense [and] more powerful. It's just the luck of the draw [whether or not] you have a home next time around."

Singleton says next time a hurricane like Irma comes, he’ll travel farther north to Georgia or the Carolinas, where they have relatives.